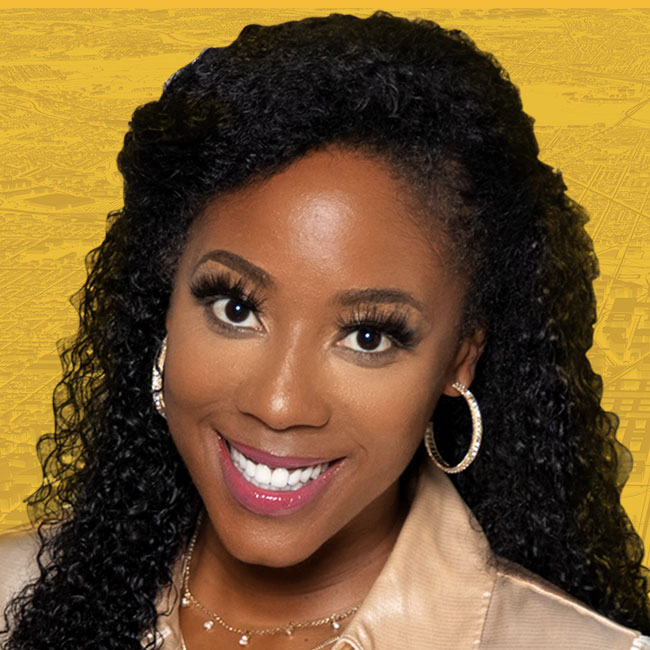 Creative, Radio Host, Entrepreneur and Actor, Autumn Joi Live hails out of Prince George’s County, Maryland where she graduated from Suitland High School and attended University of MD Eastern Shore to further her education. Autumn knew from an early age that she’d be a star. She was bitten by the entertainment bug early in life after receiving her first college internship at WPGC 95.5 in Washington, DC, with the iconic radio/TV legend, Donnie Simpson. From this opportunity, she knew behind the mic was where she wanted to be. Autumn then took her talents to South Beach, Miami as she landed another internship at 99 JAMZ, where she got to spread her radio wings. She was asked to fill in for DJ Khaled’s ‘The Takeover’ show, which gave Autumn time to develop poise and her unique sound that listeners automatically resonated with. Upon graduating from college, Autumn received the ultimate graduation gift from 93.9 WKYS in Washington, DC when they asked her to bring her talents to their over-night and Sunday afternoon shows.

Autumn Joi found success and personality from this opportunity and hasn’t looked back since. Shes been a correspondent for TMZ, News One Now & TV One. She’s also been a red carpet correspondent for numerous events including the BET Awards, NAACP Awards & the Grammys! Most recently, Autumn-Joi has been a member of the K97.5 Radio One Raleigh family as the midday personality for 3.5 years. Her Live Squad gave her the on air moniker your “Midday Love” and she’s made sure to stay true to that! AutumnJoi has had the #1 rated show in the Triangle area for the entire duration of her career there. She is the Queen of the Live Squad as her listeners would say “Hey,Girl Hey!!”. Her ability to weigh in on touchy topics during her Hollywood Crunch and deliver an unapologetic opinion draws listeners to her show time and time again. Autumn Joi Live AKA Your Midday Love plans to bring this same winning energy to WHUR 96.3 as their new midday host!!