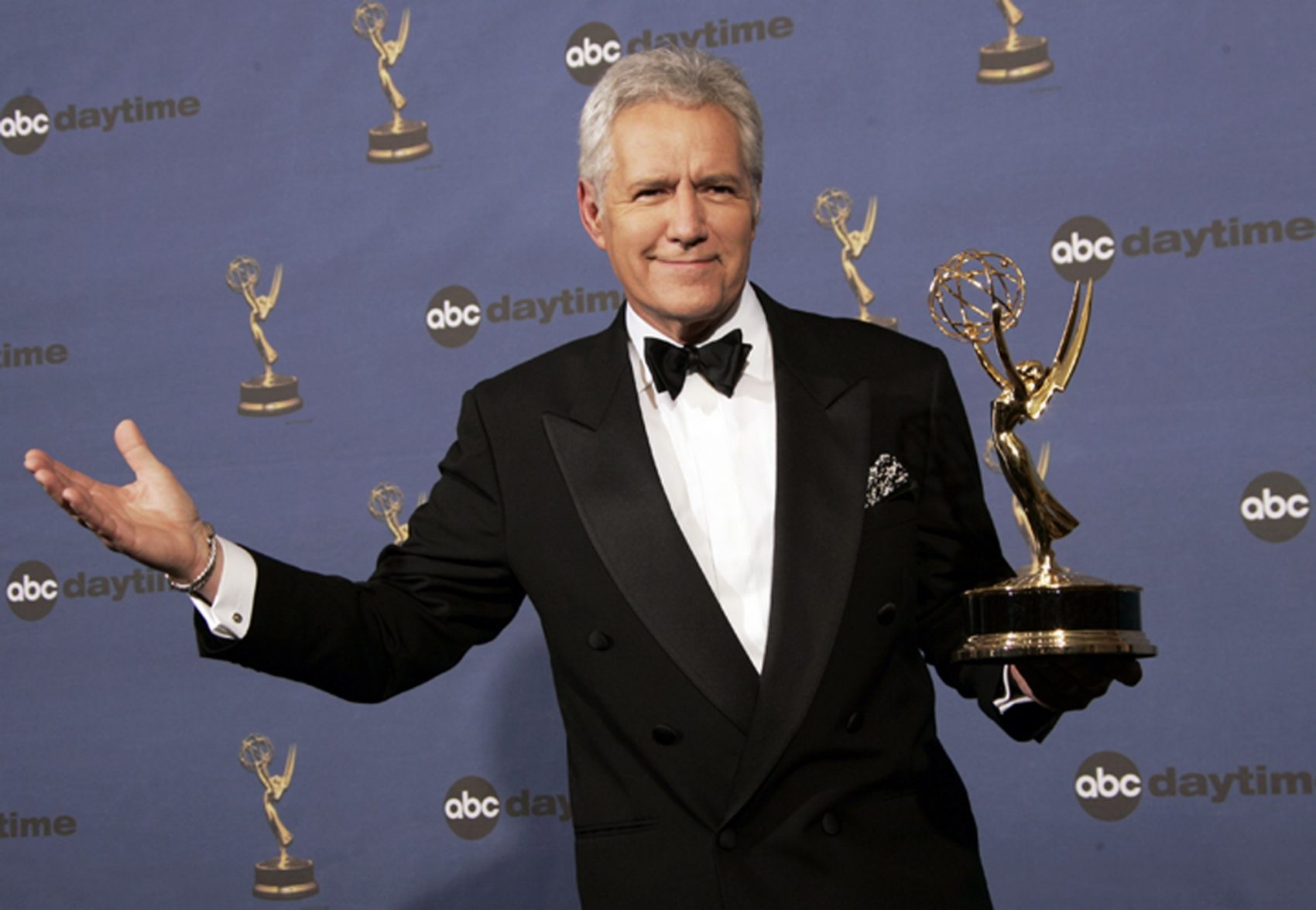 LOS ANGELES (AP) — Alex Trebek, who presided over the beloved quiz show “Jeopardy!” for more than 30 years with dapper charm and a touch of schoolmaster strictness, died Sunday. He was 80.

Trebek, who announced in 2019 that he had advanced pancreatic cancer, died at his Los Angeles home, surrounded by family and friends, “Jeopardy!” studio Sony said.

The Canadian-born host, who made a point of informing fans about his health directly, spoke in a calm, even tone as he revealed his illness and hope for a cure in a video posted March 6, 2019.

In the video, Trebek said he was joining the 50,000 other Americans who receive such a diagnosis each year and that he recognized that the prognosis was not encouraging.

But Trebek said he intended to fight it and keep working, even joking that he needed to beat the disease because his “Jeopardy!” contract ran for three more years. Less than a week later, he opened the show with a message acknowledging the outpouring of kind words and prayers he’d received.

“Thanks to the — believe it or not — hundreds of thousands of people who have sent in tweets, texts, emails, cards and letters wishing me well,” Trebek said. “I’m a lucky guy.”

The program tapes weeks of shows in advance, and the remaining episodes with Trebek will air through Dec. 25, a Sony spokeswoman said.

Messages of grief and respect from former contestants, celebrities and the wider public quickly followed news of his loss.

“Alex wasn’t just the best ever at what he did. He was also a lovely and deeply decent man, and I’m grateful for every minute I got to spend with him,” tweeted “Jeopardy!” champion Ken Jennings. “Thinking today about his family and his Jeopardy! family — which, in a way, included millions of us.”

“It was one of the great privileges of my life to spend time with this courageous man while he fought the battle of his life. You will never be replaced in our hearts, Alex,” James Holzhauer, another “Jeopardy!” star, posted on Twitter.

John Legend tweeted that he was “obsessed with Jeopardy as a nerdy kid growing up in Ohio. I’ve loved and revered Alex Trebek since I can remember. What an iconic career.”

“Jeopardy!” bills itself as “America’s favorite quiz show” and captivated the public with a unique format in which contestants were told the answers and had to provide the questions on a variety of subjects, including movies, politics, history and popular culture.

Trebek, who became its host in 1984, was a master of the format, engaging in friendly banter with contestants, appearing genuinely pleased when they answered correctly and, at the same time, moving the game along in a brisk no-nonsense fashion whenever people struggled for answers.

He never pretended to know the answers himself if he really didn’t, deferring to the show’s experts to decide whether a somewhat vague answer had come close enough to be counted as correct.

“I try not to take myself too seriously,” he told an interviewer in 2004. “I don’t want to come off as a pompous ass and indicate that I know everything when I don’t.”

The show was the brainstorm of Julann Griffin, wife of the late talk show host-entrepreneur Merv Griffin, who said she suggested to him one day that he create a game show where people were given the answers.

“Jeopardy!” debuted on NBC in 1964 with Art Fleming as emcee and was an immediate hit. It lasted until 1975, then was revived in syndication with Trebek.