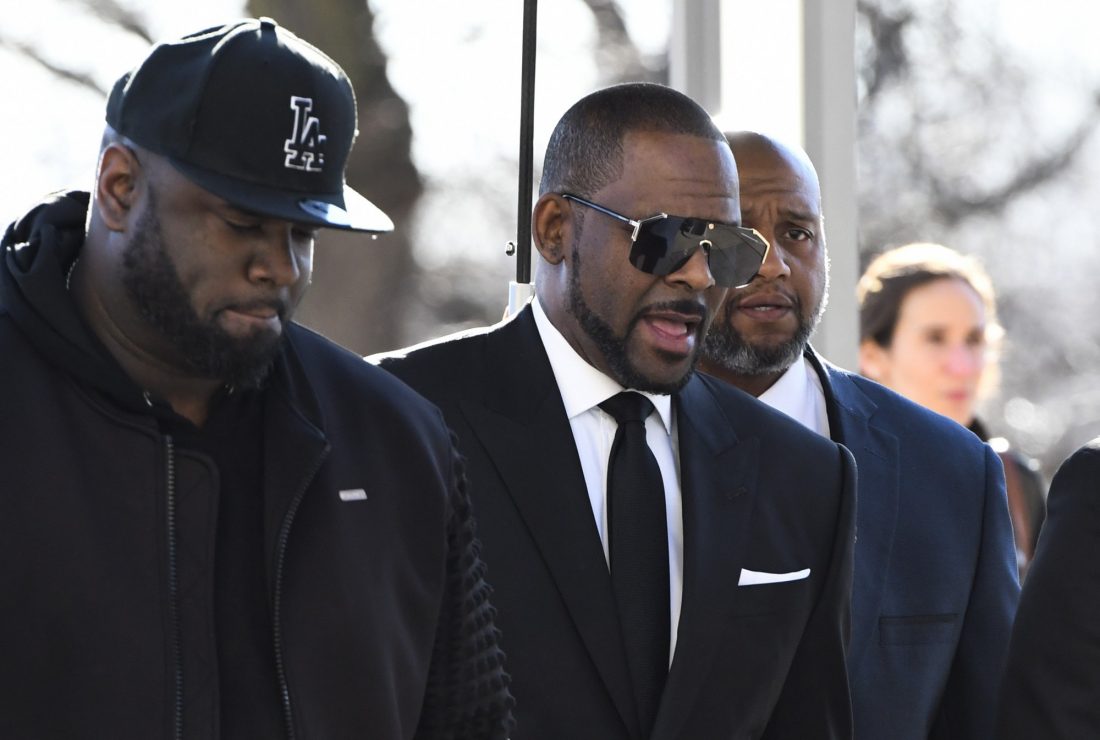 CHICAGO (AP) — A lawyer defending R. Kelly said Monday that the prosecution’s sex-abuse case against the R&B singer had been marred by the involvement of attorney Michael Avenatti, who faces extortion charges in New York and embezzlement charges in California.

The singer’s lead attorney, Steve Greenberg, said in comments to reporters and a court filing that Cook County State’s Attorney Kim Foxx relied way too much on Avenatti in deciding in late February to bring charges against Kelly, saying Avenatti’s involvement irreparably tainted the case.

Greenberg went into detail in a seven-page court filing Monday, saying Avenatti has appeared to take on the mantel of “a de facto prosecutor” in the Kelly case.

“Given the allegations against (Avenatti) one must wonder what he has told those he has interacted with in these matters, and what is true and what is not,” the filing says.

Avenatti, who represents two Kelly accusers, has said a video he gave prosecutors in mid-February purporting to show Kelly having sex with a minor was key in Foxx’s decision to seek charges, something her office hasn’t disputed. Avenatti also met with prosecutors at least twice before indictments accused Kelly of abusing three girls and one woman.

Criticism over Foxx’s handling of the Jussie Smollett case also makes her more vulnerable to the kinds of accusations leveled by Kelly’s attorney Monday. 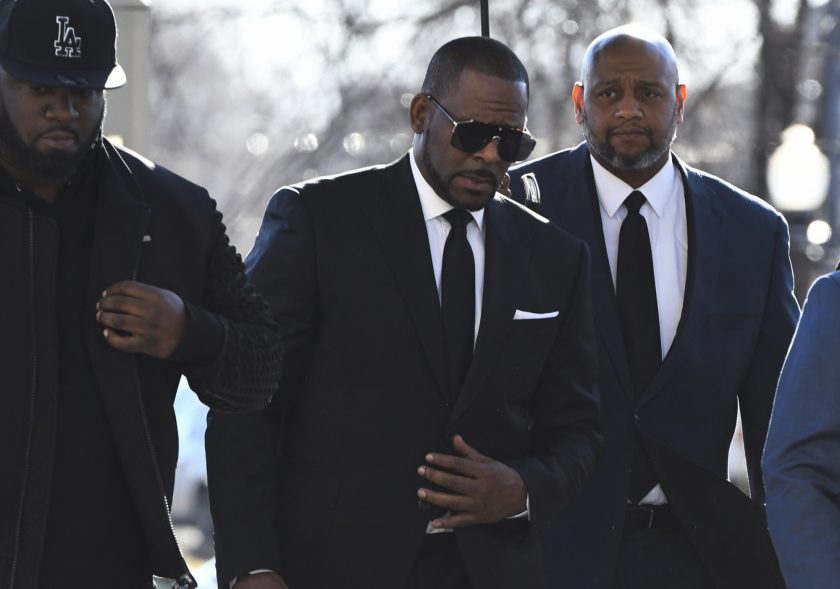 Last week, prosecutors dropped all charges against the “Empire” actor that accused him of staging a racist, anti-gay attack. Foxx and her staff offered often contradictory, muddled accounts for their logic behind the sudden dismissal of the case.

A Foxx spokeswoman declined comment on Greenberg’s comments. Prosecutors said in a brief filing Monday that Greenberg’s “accusations and speculation” were “lacking in factual support.”

Avenatti is accused in California of fraudulently obtaining $4 million in bank loans and pocketing $1.6 million that belonged to a client. Federal prosecutors in New York allege that Avenatti tried to shake down Nike for millions of dollars so he wouldn’t reveal allegations the apparel company paid off high school basketball players.

Greenberg’s Monday filings asks the judge in his case for an order that all communications between Avenatti and the state’s attorney’s office be preserved as possible evidence of inappropriate coordination and communication leading up to charges. Judge Lawrence Flood said he’d rule on the request later.

Avenatti shot back in a series of tweets later Monday, accusing Greenberg of “trying to distract attention away from the clear guilt of his client by raising bogus arguments about me and Kim Foxx.”

“There was never anything improper about our involvement in the case and we are going to continue to press forward,” Avenatti said.

Greenberg and Avanetti have hurled insults at each other on Twitter for weeks. After Avenatti’s arrest last week on the New York charges, Greenberg offered his legal services in a wry tweet: “I hear he needs a good lawyer.”

Just hours after Avenatti’s arrest last week, Greenberg also tweeted references to the New York federal complaint in which Avenatti mentions Kelly to Nike executives in a secret recording. He’d go public with damaging information if they didn’t pay up, and emails and texts would pour in claiming the sportswear giant of wrongdoing, Avenatti allegedly said.

“It’s always (BS) 90 percent of the time, always, whether it’s R. Kelly or Trump,” Avenatti said, according to the complaint. “But 10 percent of it is actually going to be true, and then what’s going to happen is that this is going to snowball.”

Avenatti denied any wrongdoing after his release from custody last week, declaring he’d be fully exonerated. 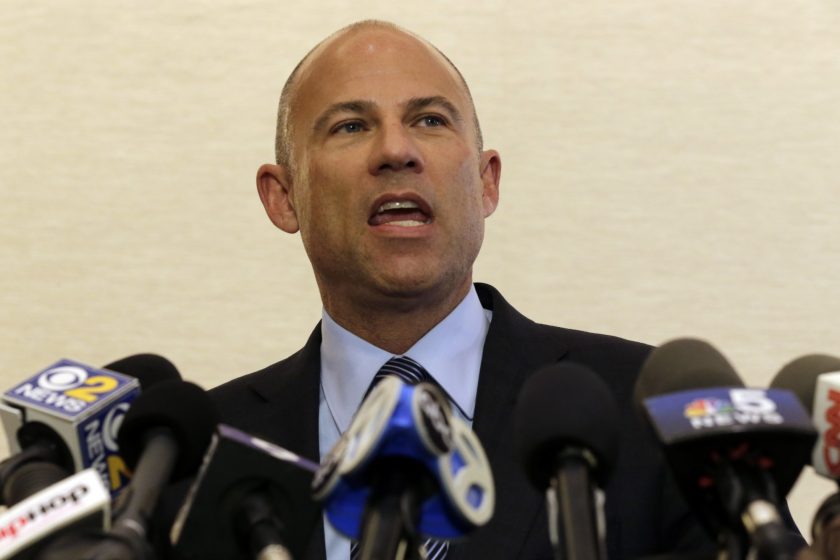 Among the questions that must be answered, Greenberg said in his Monday motion, is whether Avenatti influenced his clients in ways to improve the odds of charges against Kelly. He said the accusations of one accuser — an Avenatti client — was investigated around 2002 and prosecutors decided not to prosecute.

“The case laid dormant till Mr. Avenatti joined in,” Greenberg said in his motion. “Then it miraculously was resurrected, although nothing had changed” over more than 15 years.

Greenberg said Avenatti’s interest in the Kelly case corresponds with his own legal and professional problems, including his falling out with Daniels.

“He drums up problems for others to deflect from his own,” Greenberg said.

The motion also says Foxx has demonstrated bias against Kelly, including by mentioning her own experience as a victim of abuse and by characterizing the allegations before Kelly was ever charged. He said that “creates the appearance of bias and an understandable willingness, desire and propensity to rush to judgment in prosecuting.”

The motion also mentions Foxx’s recusal in the Smollett case after she spoke to a member of Smollett’s family and before charges were filed and dropped.

“Plainly, this particular State’s Attorney is able to be influenced and wowed, as evidenced by the facts of her recusal and the subsequent series of events in the Jussie Smollett case,” it says.