Blac Youngsta Arrested In Texas For Carrying A Weapon 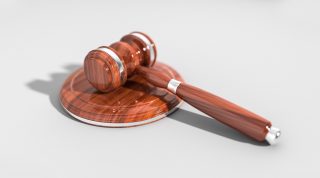 Sammie Benson, also known as #BlacYoungsta was taken into custody Sunday, October 11th, 2020 for unlawful possession of firearm by a felon. The Dallas police department stated that the weapon was obtained during a traffic stop in which Youngsta was a passenger in the car. They found a handgun in between the rapper’s legs and held him in the Suzanne Kays Detention Facility with a $5,000.00 bond.

Andrew Wilkerson, Blac Youngsta’s attorney, shared an image of himself and Blac Youngsta in the detention facility captioned “Oh.. cause I thought an attorney that’s all cap said something.. I stay on the job.. he say ‘I like ya energy new n****’ naw fr.. this my city!”. This picture was taken before Youngsta posted bail.

Now, Blac Youngsta is no newbie to the law as he was arrested last year for felony possession of armor-piercing ammunition after being pulled over for running a red light. This man just won’t catch a break! The police smelled marijuana in the car which prompted the search. They found three weapons in the car. Back in 2017, he was also charged with five counts of discharging a weapon into an occupied moving vehicle and one count of conspiracy to commit discharging a firearm into an occupied dwelling. The arrest was link to the Young Dolph shooting, in which his vehicle was hit over 100 times with bullets in Charlotte, NC.

We are hoping Youngsta can stay out of trouble, as his music is topping the charts and his newly released project with MoneyBagg Yo called Code Red just dropped. We will update the story as more information is released.