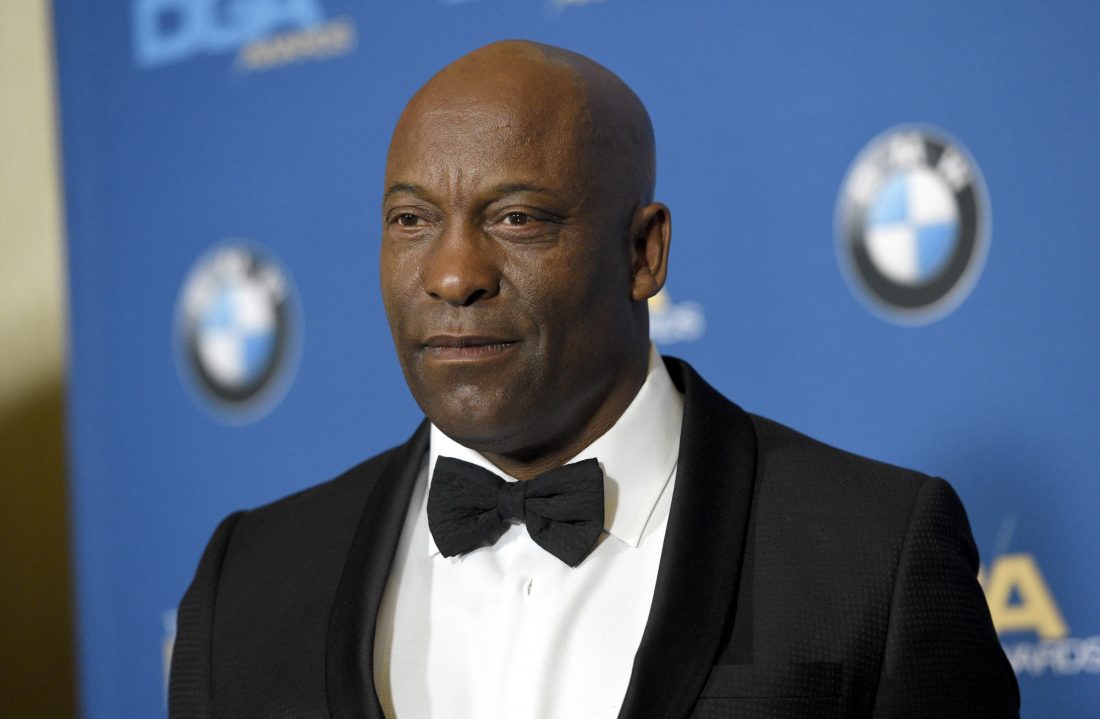 John Singleton’s Daughter Disputes That He’s In A Coma

LOS ANGELES (AP) — The daughter of “Boyz N the Hood” director John Singleton disputed his mother’s account that he’s in a coma in a court filing Friday, saying that he’s recovering from an April 17 stroke.

Cleopatra Singleton, 19, said in the declaration filed in Los Angeles Superior Court that doctors are still determining the condition of her 51-year-old father, who has been in a Los Angeles hospital since an April 17 stroke.

“My father is not in a coma,” Cleopatra Singleton writes in the document. She adds that although doctors “do not have a concrete diagnosis, my dad is progressing every day … My father is breathing on his own. He is only medically sedated to keep his blood pressure low and allow the vessels in his brain to heal.”

Cleopatra Singleton said her father’s mother, Shelia Ward, is misrepresenting his condition as she seeks to become his conservator and make medical and financial decisions for him.

A form from a doctor at Singleton’s hospital filed with the court by Ward’s lawyer Thursday says John Singleton is incapacitated and can’t make his own decisions, but it doesn’t address whether he’s in a coma.

Cleopatra Singleton opposes her grandmother becoming conservator, and she suggests another family member, possibly his father or eldest son, assume the role.

An email to Ward’s attorney seeking comment Friday was not immediately answered.

The filing suggests a rift between Singleton’s mother and children that precedes his stroke.

Cleopatra Singleton, who is a college sophomore at Xavier University of Louisiana, writes that her grandmother has acted as her son’s personal and business manager since the beginning of his film career, and she has mismanaged his affairs.

“She has abused this position particularly pertaining to the support of his children,” the court filing says. “Sadly my father’s allowed his mother to stay in that position out of fear and obligation to her.”

Shelia Ward had asked in the court Thursday to immediately appoint her as conservator, saying essential financial moves must be made by the end of the month or her son will suffer significant losses.

The daughter’s opposition makes an immediate decision from a judge unlikely and could point to a longer court fight.

John Singleton was nominated for an Oscar for 1991′s “Boyz N the Hood.” His other films include “Poetic Justice,” starring Janet Jackson, and his recent projects include the TV series “Snowfall.”

His friends, colleagues and admirers were wishing him well as word of his poor health spread.

Shonda Rhimes, the Rev. Al Sharpton and fellow director Ava DuVernay were among those offering prayers on Twitter.

“Lifting my highest thoughts + prayers of intercession for John Singleton,” DuVernay said in a tweet that included photos of the two directors together. “His films helped form me. His kindness lifted me up. I remember him coming to the premiere of my indie years ago. Showing love/support for a fellow black director from LA. He is a lovely man. Pray with me.”