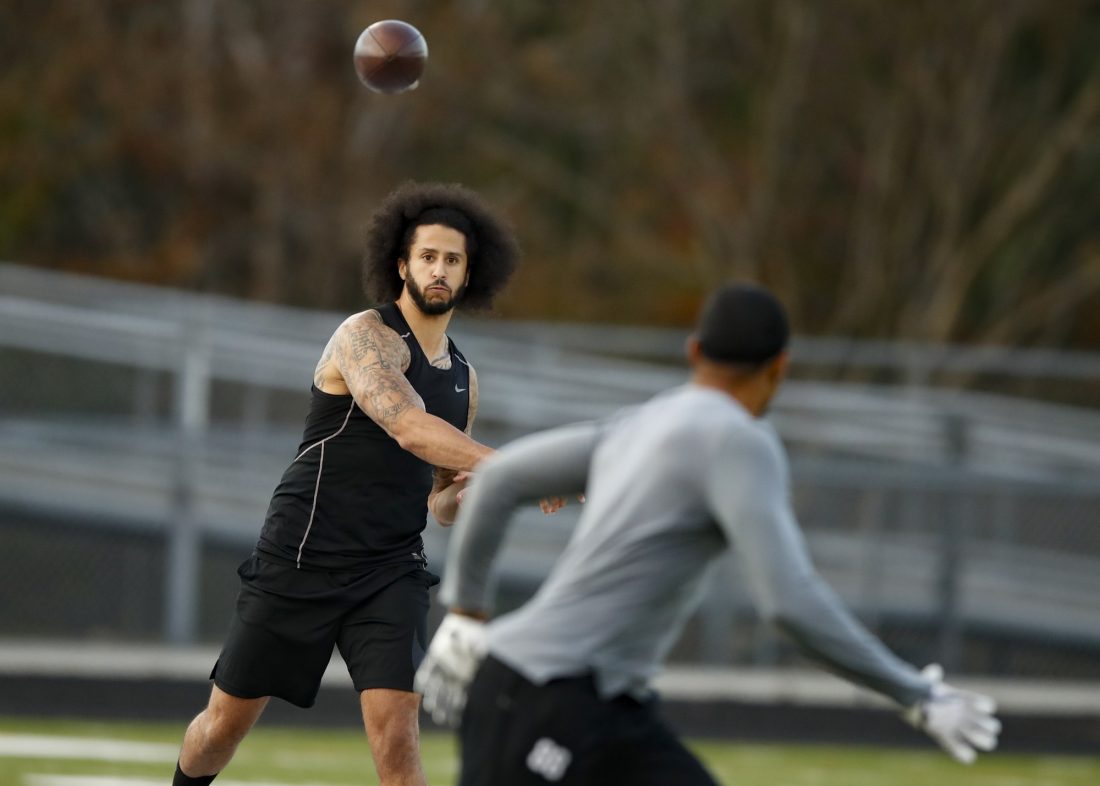 Colin Kaepernick’s last-minute decision to change locations for his Saturday workout disappointed one of his biggest supporter’s, rapper Jay-Z.

Kaepernick’s NFL workout was initially scheduled to take place at the Falcon’s practice facility, but Kaepernick unexpectedly changed the location to Charles R. Drew High School in Riverdale, Ga. Kaepernick requested to shoot a Nike ad as a part of Saturday’s workout, featuring the quarterback and mentioning all the NFL teams present at the workout. The NFL agreed. However, change of location led the turnout for this event to be minimized.

Jay-Z has been active and vocal about his support for Kaepernick since 2016. However, following the NFL workout, a source claims that Jay-Z was “disappointed with Colin’s actions and believes he turned a legitimate workout into a publicity stunt.”

Kaepernick has given no response to the alleged disappointment from Jay-Z. On Tuesday following the workout, Kaepernick tweeted “I’ve been in shape and ready for this for 3 years, can’t wait to see the head coaches and GMs on Saturday.”