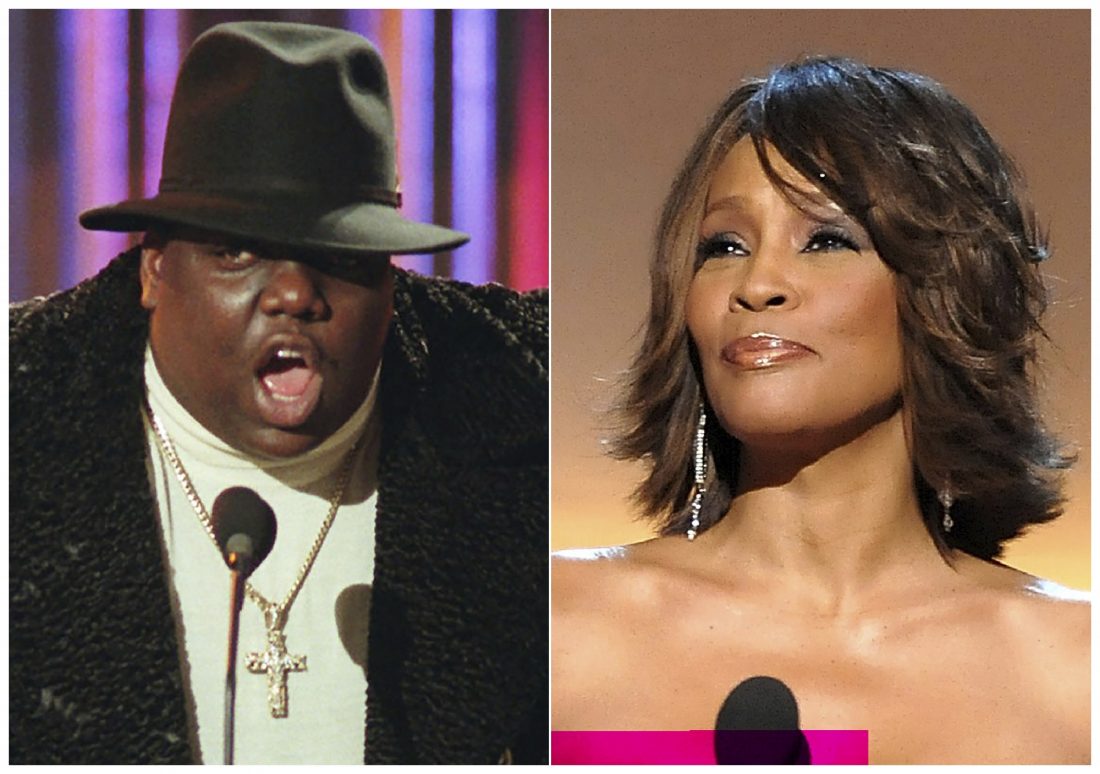 It Was All A Dream: Whitney, B.I.G. Inducted Into Rock Hall

NEW YORK (AP) — In a normal year, the newly inducted Rock and Roll Hall of Fame class would have hit the stage and perform the well-known songs that made them famous and helped them enter the prestigious organization.

Because of the coronavirus pandemic, this year’s all-star group was inducted Saturday night in a taped HBO special that told the stories of Whitney Houston, Notorious B.I.G. and the Doobie Brothers’ rise to fame and how acts like Nine Inch Nails, T. Rex and Depeche Mode heavily impacted the music industry and generations after them.

As she inducted Houston into the Rock Hall, Grammy-winning singer Alicia Keys gave a beautiful, heartfelt speech about one of the best singers in pop history.

“We all know what a miraculous singer Whitney was, perhaps the greatest voice of our all-time. We all know how her unprecedented success brought Black women into the absolute highest reaches of the music industry’s pantheon,” said Keys, who wrote a song for Houston’s last album. “We all know that her music will live forever — that music, that everlasting voice is her final generous gift to us. And she will now be one of the brightest lights ever to shine in the Rock and Roll Hall of Fame.”

Houston, one of the best-selling acts in music history who died in 2012 at age 48, released her debut album in 1985 and recently became the first Black artist to have three diamond-certified albums.

Her mother and aunt, Cissy and Pat Houston, accepted the award on her behalf.

“This is something that Whitney always wanted,” Pat Houston said. “I remember in 2009 we were in London and Whitney looked at me and said, ‘This is really special but there’s only one thing missing — I got to get into the Rock and Roll Hall of Fame.’”

“She did it,” Cissy Houston added.

The Notorious B.I.G. was shot to death in 1997 at 24 and in a few years became one of the top voices in rap and pop. He was inducted by close friend and collaborator Diddy.

“Nobody has come close to the way Biggie sounds, to the way he raps, to the frequency that he hits. Tonight, we are inducting the greatest rapper of all-time,” Diddy said.

Nas said B.I.G. “represents Bed-Stuy, Brooklyn, New York City, America, the world and he represents the Black experience.” Jay-Z recalled when B.I.G. sent him a demo of “Life After Death,” his second and final album that was released 16 days after his death, explaining: “I was a little worried for myself as an artist.”

“It’s just really unfortunate what happened after that,” continued Jay-Z. “The human side of him came through in his music and I think it moved the molecules in the world. I know for a fact it pointed me in the (right) direction and I’m sure that’s happened to millions and millions of people worldwide.”

The Notorious B.I.G.’s son and daughter, C.J. and T’yanna Wallace, accepted the honor. The son of T. Rex’s Marc Bolan, who died in 1977 at 29, was also on hand to pay tribute to his father with a touching speech.

“As I reflect on this incredible honor of my dad and his band being inducted into the Rock and Roll Hall of Fame, I think about how I really didn’t have a chance to know him very well. He was taken away from all of us so early in his life,” Rolan Bolan said. “I discovered his music pretty much the same way you have — through my eyes and ears.”

The British band T. Rex was known primarily for its 1970s hit “Bang a Gong (Get It On)” and, to a lesser extent, “Jeepster.” They were inducted by Ringo Starr.

T. Rex, Houston, B.I.G. and the Doobie Brothers were inducted after being on the ballot for the first time. The Doobie Brothers’ inclusion makes 2020 historic for the band — it’s also their 50th anniversary. The group known for hits like “Listen to the Music” and “Black Water” were supposed to celebrate this year with a tour featuring singer-songwriter Michael McDonald — who sang with the band starting in 1975 before beginning his own solo career — but it was postponed because of the pandemic.

“It seems unreal, but it’s been quite a trip and we aren’t done yet,” Tom Johnston said.

It’s also been a good year for Nine Inch Nails — their induction comes two months after Trent Reznor and Atticus Ross won their first Emmy for their musical contributions to the hit HBO series “Watchmen.” Reznor and Ross are also Oscar and Grammy winners, only needing a Tony to enter the esteemed EGOT club.

Rick Rubin, Miley Cyrus, Jimmy Iovine, David Fincher, Mark Ronson and others spoke passionately about Nine Inch Nails’ influence on them and others.

“What a disoriented, strange year we find ourselves in. As I’ve been wrapping my head around Nine Inch Nails being welcomed in the Rock and Roll Hall of Fame, I think I was most looking forward to the ceremony itself, where hopefully the whole camp, past and present, was going to get together and have a moment, and we’re all stuck in our little boxes here in our screens,” Reznor said. “But even now music’s always been the thing that keeps me going.”

Oscar winner Charlize Theron inducted Depeche Mode, whose biggest influence came in the 1980s when their post-punk, synthesizer-dominated music made the Brits a favorite of the goth subculture. Theron thanked the band “for being the soundtrack of my life.”

The Rock Hall’s annual induction ceremony was originally supposed to take place in May at the Public Auditorium in Cleveland, the city where the rock museum is located.