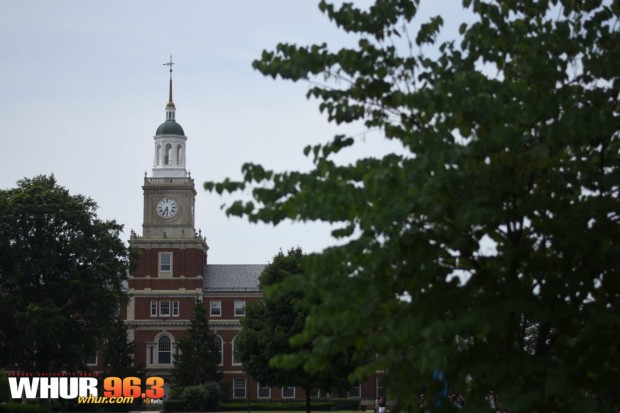 WASHINGTON – The Class of 2023 has arrived to Howard University, and the new ladies of the Harriet Tubman Quadrangle, affectionately known as “The Quad,” have settled into their newly renovated dormitory. The Quad is a set of five of the oldest dorms on campus, named Baldwin, Crandall, Frazier, Truth and Wheatley. When students arrived this weekend, they were privy to newly renovated rooms with upgraded furnishings and finishes.

“I’m really excited to be here. My room is gorgeous! I wasn’t expecting it to look like this, but its brand new. I’m excited to be a freshman at Howard,” said KenaMaat Ankhmeni, who arrived from one of the top state locations of the freshman class, New York.

“I choose Howard University for many reasons. Among other things, I love the rigorous yet fun atmosphere, the variety of ambitious and driven people, and the culture of the college. I feel as though I can reach my highest potential while attending this college and have fun along the way,” said KenaMaat.

“Additionally, my mother and her closest friends have been encouraging me to attend their alma mater my whole life. At first, I didn’t want to follow in their footsteps, but I grew to love the college.” KenaMaat plans to study physics and mechanical engineering, due to encouragement from her uncle and the coursework from high school.

For KenaMaat’s mother and alumna, N’Maat Ankhmeni ‘89, as well as other alumni mothers, they noticed improvements, such as upgrades to bathrooms, the bedrooms and more that were needed. This was also a nostalgic moment for them too.

“I lived in the Quad my freshman year, August 1985 to May 1986 and I had a wonderful time too. I lived in Frasier Hall and my daughter will now,” said N’Maat. “I remember the women from my floor who were from different parts of the country. I remember how we would pool our food and have a meal together as well.”

According to the Anthony Freeman who leads Real Estate Development and Capital Asset Management for the University, “updates to the Quad focused primarily on extensive infrastructure improvements required to modernize the buildings. Additionally, during phase one, individual rooms, communal restrooms, and recreational/lounge spaces received upgrades. During phase two, new building segments will be completed to interconnect the five residence halls with additional rooms, circulation, and elevators. Additional amenities and student services are scheduled to be implemented as a third and final phase.

“The renovations will increase the longevity of the five buildings while improving the quality of life for residents,” says Freeman. “The improved rooms, amenities and new elevators will further enhance the experience. The end goal is to support the academic achievement and success of Howard University students by providing living and learning spaces that support their personal, academic and professional growth.”

N’Maat smiled ear-to-ear as she walked through the halls leading her daughter through her memories to her new residence, adding a new chapter to their legacy.

“I am very sentimental and I think legacy means a lot. In so many families, and mine in particular, we have only four generations of history and only two generations of legacy where details have been passed down about our ancestors. This is a little thing in the scope of such big ideas, but it is a step a small step towards reclaiming ourselves and our culture,” she said.

“I am so proud of my daughter. She is an excellent student and an amazing person. Howard has been developing and nurturing leaders for 152 years and I am so excited that now my daughter will be counted amongst them. She has had many varied experiences to this point, which has prepared her for this experience. Howard will provide an opportunity for her to test those ideas and develop relationships that she will carry with her for a lifetime.”