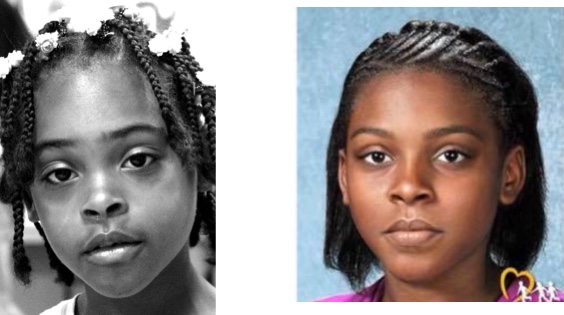 Washington, D.C. (Thursday, July 9, 2020) – Relisha Rudd is the 8-year-old District of Columbia girl who went missing back in March 2014 after last being seen with a janitor at the DC General Homeless Shelter.  Despite countless searches and pleas, DC police have not been able to locate the girl.

Activists and family members are calling on the city to increase the reward in hopes of getting someone to step forward with any information. Henderson Long with DC’s Missing Voices is helping to spearhead the effort to have the reward increased from $25,000 to $75,000.  “We think that will stimulate tips and leads to come in.  We know with more money people are more inclined to step forward and speak as opposed to just $25,000, said Long.

He has circulated a petition on change.org to urge D.C. Mayor Muriel Bowser and the Metropolitan Police Department to up the reward.  “If we are serious about finding her (Relisha), we have to start putting our money where our mouth is.”

Relisha had been living in the shelter with her mother when she was befriended by janitor Khalil Tatum, a former felon.  She apparently stopped attending school.  But it was a month before her absence was reported to police.

Tatum was later found dead of a self inflicted gunshot wound in a NE park.  His wife was also found murdered in a Prince George’s County hotel.

Relisha has not been found.  Saturday, July 11th is being proclaimed National Relisha Rudd Day.  Activists and family members plan to hit the streets with more age progression photos of Relisha in hopes of finding her now six years later.   Relisha would be turning 15-years-old in October.