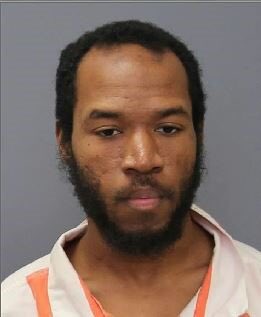 Arrest Made In Kidnapping and ATM Thefts In Waldorf

Last week we told you about the bizarre report by a woman who said she returned home to find a man that she did not know inside of her home robbing her. That victim then said the suspect forced her for some 8 hours to take out money from various ATM’s in the county.

She was found in the middle of the night wandering barefoot on Gardner Road near Accokeek Road at 3:37 a.m. She told police what happened and she was taken to the hospital for a check-up. She was not harmed. Police released an alert for her black four-door Toyota Camry that he left in.

Over the weekend the suspect was apprehended by police. He has been identified as 26-year-old Marc Christopher Brown, Jr of Waldorf. He is now facing first-degree assault and a home invasion charge. Brown who ended his crime spree by ramming her car into the front doors of the AMF Bowling alleyin Waldorf in an attempt to get to the ATM is being held without bail. He is currently being housed in the Charles County Detention Center.

Police are still looking for the victim’s black 2010 Toyota Camry with Maryland license plate number 6BM3802. Anyone with information should call 301-609-6494.