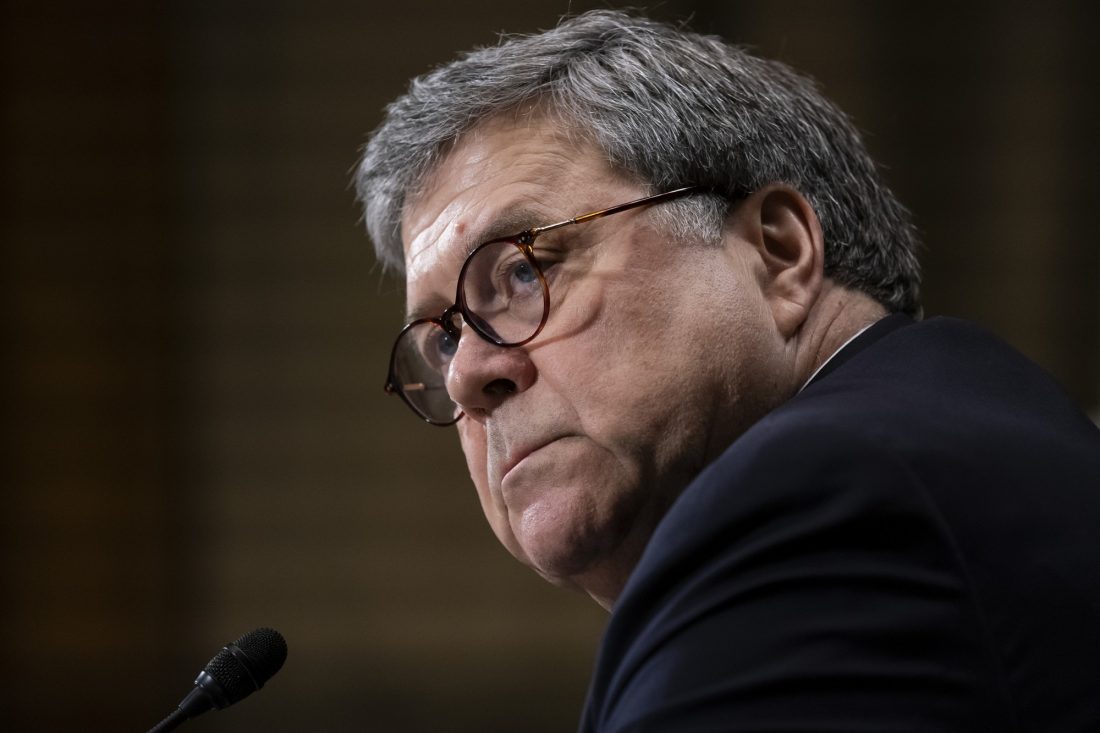 Barr To Testify Before Congress

U.S. Attorney General William Barr will testify before the House Judiciary Committee today.  It’s expected that Barr will be questioned on what many see as controversial decisions made by him as the head of the Justice Department, especially those seen as aiding President Trump.

Meantime, a major in the National Guard will testify before Congress today that the U.S. Park Police and Secret Service violently moved protesters out of Lafayette Park on June 1st without warning or because they were being provoked by the protesters.

Maj. Adam DeMarco’s testimony will challenge the Trump administration’s explanation that vicious attacks by protesters led federal forces to turn on what seemed to be a largely peaceful crowd in front of the White House.