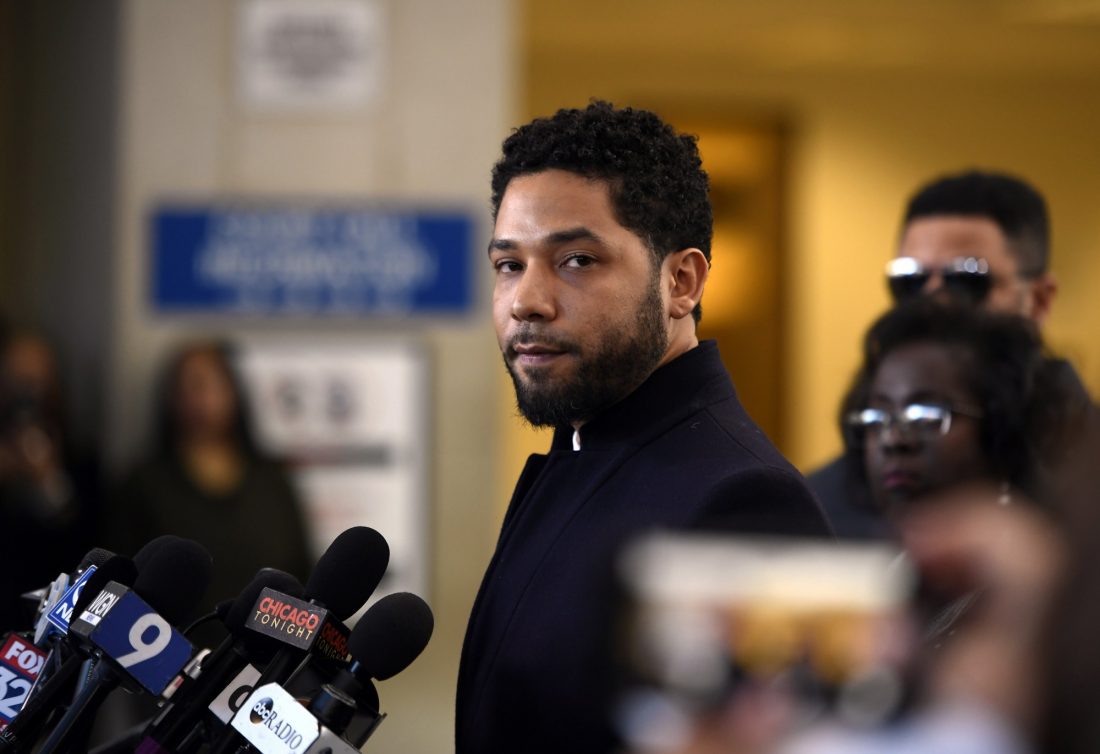 CHICAGO (AP) — Two brothers who say they helped Jussie Smollett stage a racist and homophobic attack against himself sued the “Empire” actor’s attorneys on Tuesday, accusing them of defamation by continuing to insist publicly that the brothers carried out a real, bigoted attack on Smollett despite knowing that wasn’t true.

Abimbola “Abel” Osundairo and Olabinjo “Ola” Osundairo said in a joint statement issued after their lawsuit was filed in federal court in Chicago that Smollett’s legal team has spread false accusations that have hurt their reputations and undermined their career prospects.

“We have sat back and watched lie after lie being fabricated about us in the media only so one big lie can continue to have life,” they said. “These lies are destroying our character and reputation in our personal and professional lives.”

In their lawsuit , the Osundairos contend that even after prosecutors dropped the charges against Smollett while simultaneously saying they could prove the attack was a hoax, Smollett’s attorneys kept saying in interviews that the Chicago-born brothers “led a criminally homophobic, racist and violent attack against Mr. Smollett.” 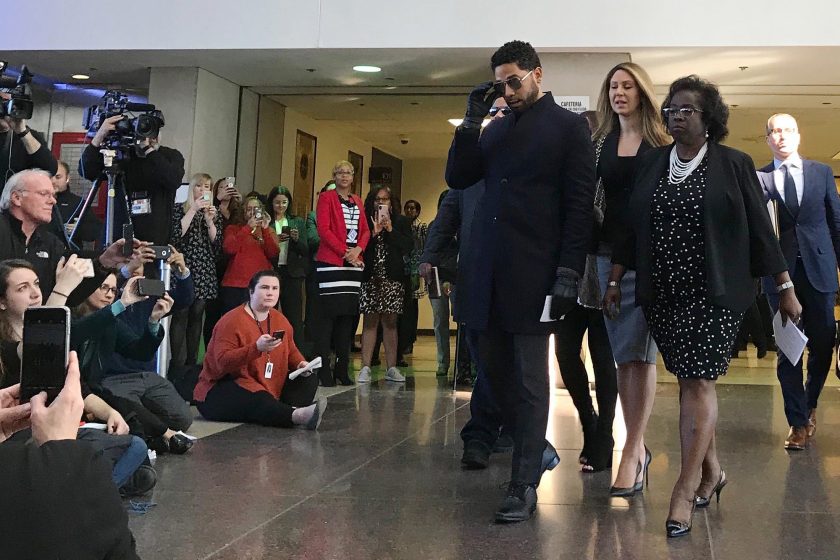 “Mr. Smollett’s attorneys, faced with an outraged public, did not retreat after their success (in getting charges dropped). Instead, they doubled down,” states the lawsuit, which names celebrity attorney Mark Geragos, fellow lawyer Tina Glandian and Geragos’ Los Angeles-based law firm as defendants.

In a joint statement, Geragos and Glandian called the lawsuit “ridiculous” and “a desperate attempt” by the brothers “to stay relevant and further profit from an attack they admit they perpetrated.”

“We look forward to exposing the fraud the Osundairo brothers and their attorneys have committed on the public,” they added.

The odds may be against the brothers prevailing in court.

Legal experts say that, in the U.S. adversarial system, attorneys are accorded broad protections from lawsuits based on things they say while defending their clients — even if what they say is mean-spirited or false.

“If my client informs me he didn’t do it and I say that publicly … that’s part of our job as lawyers,” said Jeffrey Granich, a Chicago attorney not connected to the Smollett case. At the same time, Granich said he understood the brothers’ frustration and desire to show they are telling the truth.

Smollett, who is black and gay, has stood by his account that he was attacked in downtown Chicago early on Jan. 29 by two masked men who beat him, shouted racial and anti-gay slurs, poured bleach on him, and looped a rope around his neck. He said his attackers also shouted slogans supporting President Donald Trump.

At a Tuesday news conference, the brothers’ lawyer, Gloria Schmidt, said the Osundairos regret their involvement with Smollett and decided to tell the truth when confronted by investigators in mid-February.

“We’re going to make sure that the lies and malice attacking our city, our police department and my two clients are met with truth and healing,” she told reporters. The brothers did not attend the news conference.

Prosecutors have said that Smollett’s friendship with Abimbola Osundairo dated back several years and that Osundairo had served as a stand-in for a character named Kai on “Empire.” Ola Osundairo also appeared as an extra on the show, prosecutors said.

In their lawsuit, the Osundairos say the defamation by Smollett’s lawyers has caused the brothers “significant emotional distress” and made them feel unsafe and alienated from the local community. It doesn’t specify an amount of money they are seeking, but says it would be more than $75,000 in compensatory and damages, and other costs.

The Osundairo brothers, who are of Nigerian descent, testified before a grand jury days before Smollett was charged, saying Smollett paid them $3,500 to help stage the attack. They contend in their suit that Smollett took advantage of their aspirations to have TV and movie careers. 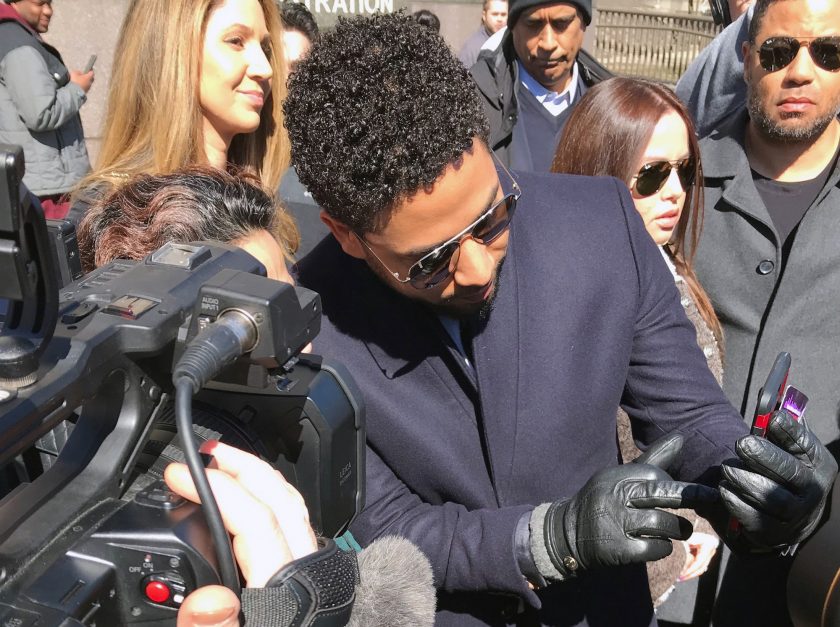 “Mr. Smollett used his clout as a wealthy actor to influence Plaintiffs, who were in a subordinate relationship to him and were aspiring to ‘make it’ in Hollywood,” the lawsuit contends.

The lawsuit also states that Glandian “inferred” during an interview on the podcast Reasonable Doubt this month that Abimbola Osundairo “engaged, at least briefly, in homosexual acts” with Smollett. The filing says that’s false, that Osundairo is heterosexual and to say otherwise could put him and his family in danger in Nigeria.

“Same-sex sexual activity is illegal in Nigeria, which can result in 14 years of imprisonment,” the lawsuit asserts. “If the accused is married, the punishment is death by stoning.”

In the weeks after the alleged attack, police arrested the Osundairo brothers on suspicion of assaulting Smollett but released them without charges. A police spokesman said the two were no longer considered suspects and that investigators had new evidence after questioning them.

About a week after police questioned the brothers, Smollett was charged with felony disorderly conduct and accused of making a false police report about the attack. The Cook County state’s attorney’s office abruptly dropped the charges in March, angering the police and Mayor Rahm Emanuel, who said Smollett had dragged Chicago’s name “through the mud” and that the decision to drop the charges was “a whitewash of justice.”

The city has since sued Smollett , seeking repayment for the costs of investigating the case.