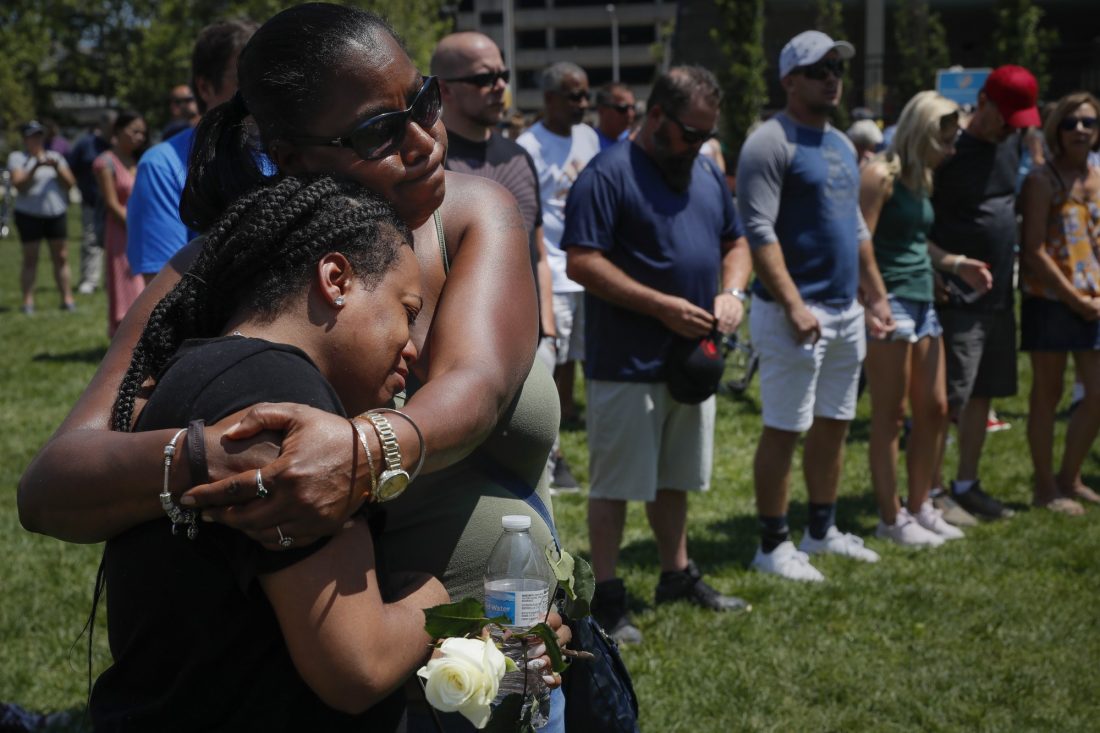 Contributed by Ciana Moore
America and the world were left stunned by the news of two mass shootings occurring within 24 hours over the weekend. 20 people were killed in El Paso, Texas and ten more in Dayton, Ohio, including the shooter. Both shooters were white males. The Texas shooter was also reportedly anti-immigrant. The El Paso shooter reportedly drove hundreds of miles to El Paso from his hometown of Dallas.

The back-to-back shootings prompted several trending topics including #EnoughIsEnough, #WhiteSupremacistTerrorism and a hashtag prompted directly at legislators to #DOSOMETHING.

In a series of tweets, Trump also stated, “there are no reasons or excuses that will ever justify killing innocent people.”

Today’s shooting in El Paso, Texas, was not only tragic, it was an act of cowardice. I know that I stand with everyone in this Country to condemn today’s hateful act. There are no reasons or excuses that will ever justify killing innocent people….

Celebrities, politicians, and public figures have spoken out about the shootings and are unsatisfied by Trump’s tweeted response.

Rihanna took to social media to condemn Trump. The artist stated that Trump didn’t call the shootings out as “terrorism” and that America’s terrorists live among us, they are not immigrants.

Um… Donald, you spelt “terrorism” wrong! Your country had 2 terrorist attacks back to back, hours apart leaving almost 30 innocent people dead. This, just days after yet another terrorist attack in California, where a terrorist was able to LEGALLY purchase an assault rifle (AK-47) in Vegas, then drive hours to a food festival in Cali leaving 6 more people dead including a young infant baby boy! Imagine a world where it’s easier to get an AK-47 than a VISA! Imagine a world where they build a wall to keep terrorists IN AMERICA!!! My prayers and deepest condolences to the families and loved ones of all the victims and the communities affected and traumatized, from Texas, California, and Ohio! I’m so sorry for your loss! Nobody deserves to die like this! NOBODY!

Cardi B also responded to Trump and urged him to call out his own “racist supporters.”

We have enough information already!Both of the shooters are white supremacist terrorist with intentions to kill minority’s .Law enforcement took rapid action but what are YOU going to do to control some of your RACIST SUPPORTERS? https://t.co/P4iYAJa34L

Singer Lizzo shares condolences for Dayton and El Paso shootings and urges everyone to vote.

between this & the terrorist attack in El Paso & recent other shootings I feel completely helpless.. make noise & bring awareness.. vote.. don’t normalize this

the country used to look forward to the president’s comforting words in times of national grief. this is little more than a news recap and you can’t even bother to spellcheck it. 🤡🍌💩 https://t.co/XacEOePcJY

Janelle Monae responded to a tweet acknowledging how the El Paso shooter was peacefully handcuffed after killing 20 people. Janelle responds “TALK ABOUT IT!”

And in perhaps what is one of the most shocking things to come out of this, following the shootings, actor Chris Evans shared a clip from a previous Trump rally where one of Trump’s supporters suggested shooting migrants and Trump laughed.

He laughed. Then he made a joke. Then he mugged for the camera as the crowd applauded.

Then he just kept right on talking. https://t.co/21DBmmPew0