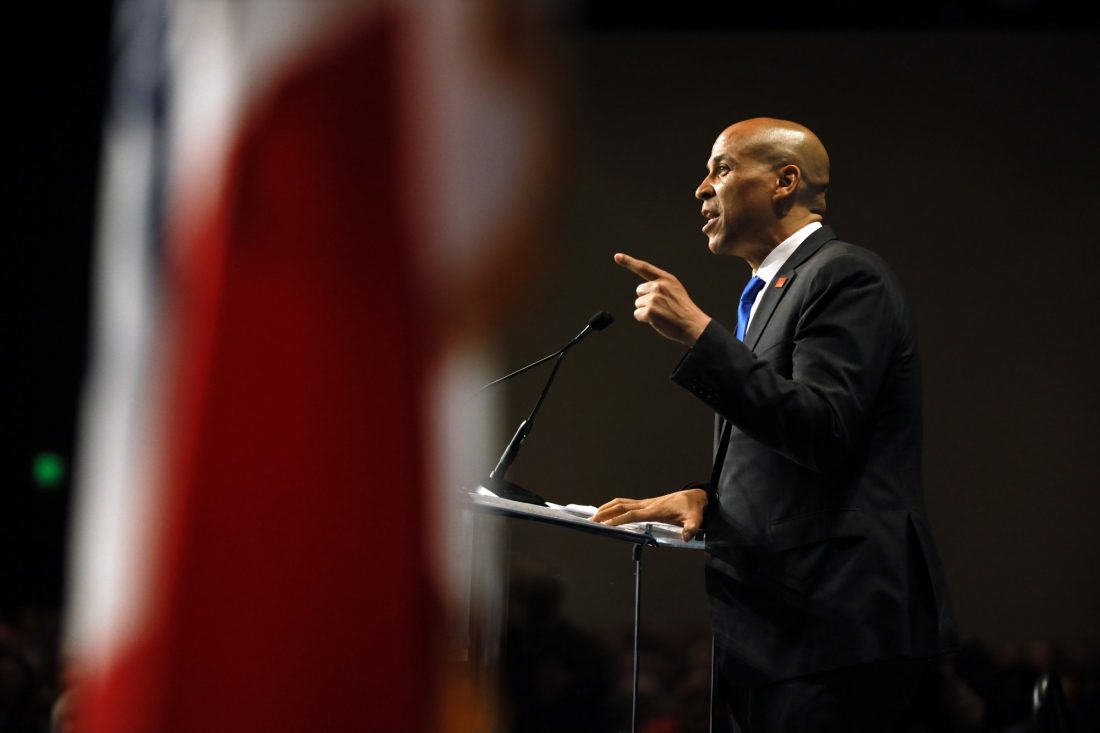 WASHINGTON (AP) — Democratic presidential candidate Cory Booker says if he’s elected, he plans to use the powers of the office to pursue clemency for what his campaign estimates is more than 17,000 prisoners incarcerated for nonviolent drug crimes.

The New Jersey senator’s clemency plan would affect offenders serving time for three categories of crimes: those related to marijuana; those whose sentences would have been reduced if the criminal justice overhaul signed by President Donald Trump last year were applied retroactively; and those affected by the disparity between sentences for possession of crack versus powder cocaine.