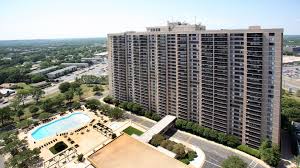 D.C. Attorney General Karl Racine has filed paperwork against a landlord he says has repeatedly ignored an order to remove lead based paint at one of her apartment buildings she rents out.

The property at 3911 R Street in Southeast is owned by Starkoda Plummer. Officials say the Ward 7 property endangers the health and safety of those who rent space there.

In addition, the D.C. attorney general’s office says Plummer has also ignored paying the penalties associated with the fines for not removing the toxic substance.

Under D.C’s Lead Hazard Prevention and Elimination Act all multi-family use properties built before 1978 must be free of lead-based paint. Plummer’s two-story property was built before 1978. It was first inspected by the city in September of 2017. It followed a complaint to the office of Energy and Environment of chipping and peeling paint on the exterior of the multi-family building.

Plummer’s fines total almost $10,000. She has not responded to any of the legal orders and/or notices.