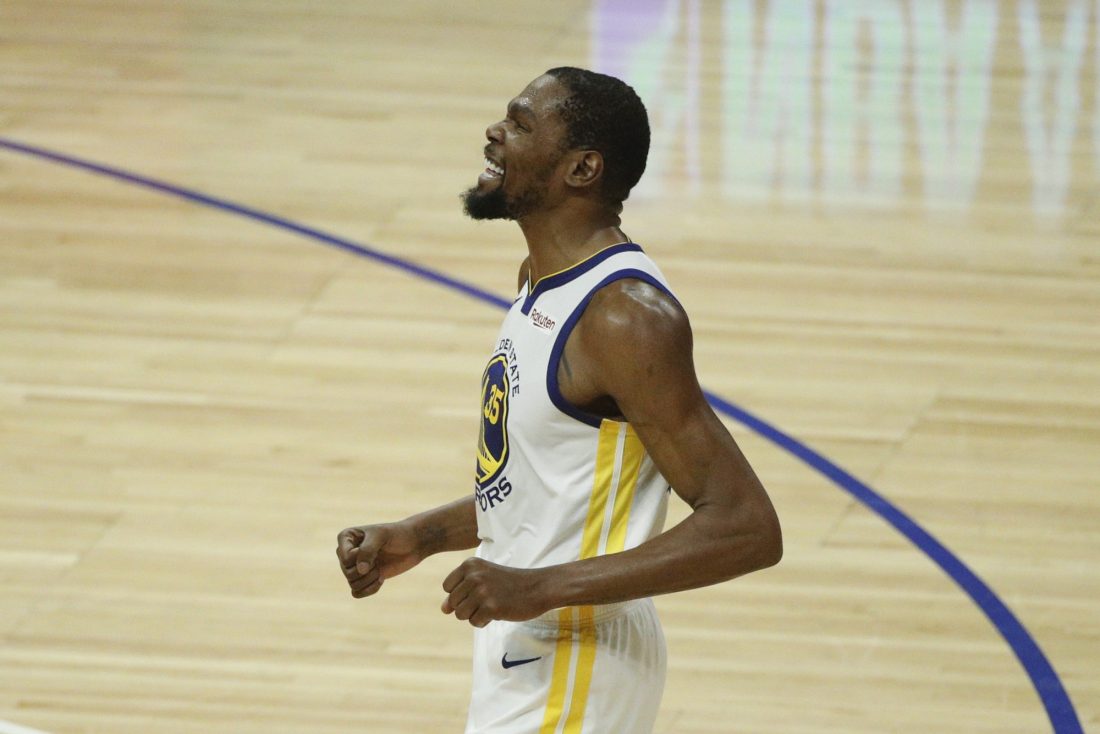 NEW YORK (AP) — Brooklyn Nets forward Kevin Durant says he won’t play if the season resumes, telling The Undefeated, “My season is over.” Durant ruptured an Achilles tendon a year ago for Golden State in Game 5 of the NBA Finals against Toronto. He says it was decided after the injury that he would wait until the following season to return to action. He also had COVID-19 this year. The Nets currently hold the seventh seed in the Eastern Conference. 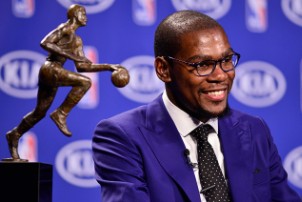