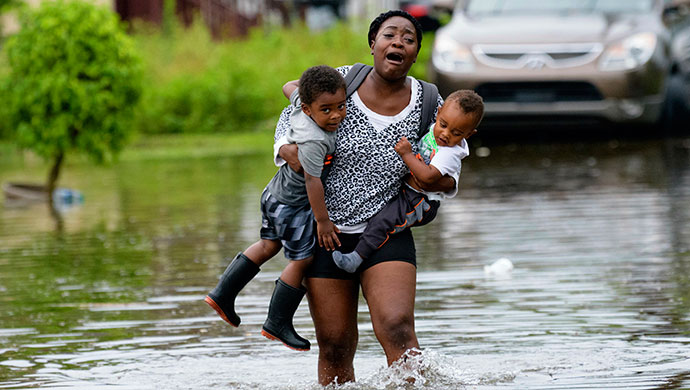 Louisiana Braces For The Possible First Hurricane Of The Season

Tropical Storm Barry is gaining strength as it heads towards the Louisiana coast, already saturated by heavy rains earlier this week. Forecasters predict that Barry could become the first hurricane of the season.

At last check it had 50-mile-an-hour winds and it was in the Gulf of Mexico. Its just 90 minutes south of Louisiana. Heavy rain is expected in much of Louisiana and Mississippi. Some experts predict between 20 and 25 inches of rain over the next few days could overwhelm places like New Orleans. Other area’s that will be hard hit include Arkansas, Alabama and Florida.

The National Weather Service which issued the highest alert that they could say there is a life threatening danger of rising water moving inland from the coast within the next 36 hours.

Barry is expected to arrive either tonight or early Saturday morning. Officials say it could turn into a hurricane before then. Tornadoes are possible.