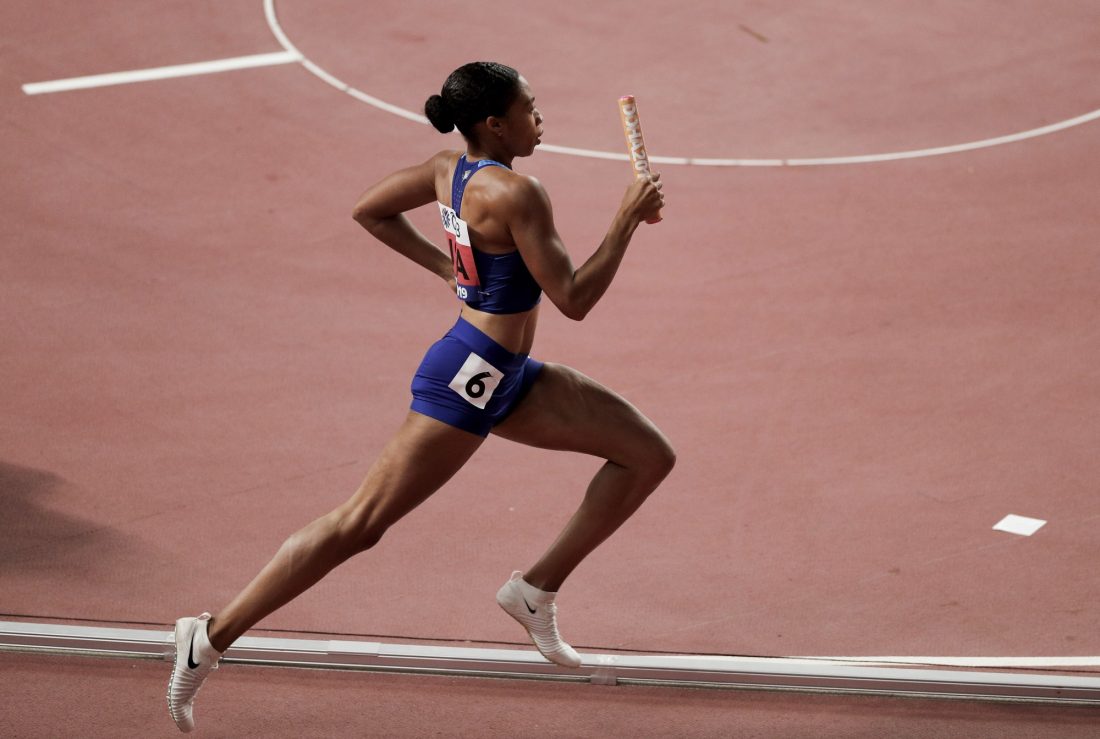 During the mixed-gender 4x400m relay race, USA Olympic Sprinter Felix broke Usain Bolt’s record by winning her 12th gold medal. According to Fox40, Felix now holds the record for the most gold medals at the track and field World Championships. Felix took to Twitter to share her reaction, posting a photo with her gold medals saying, “Humbled.”

This victory comes a year after being dropped by Nike. In an op-ed article in The New York Times, Felix expresses her feelings towards the brand wanting her to take a 70% pay cut. It seemed that Nike had worries that a pregnancy would decline her performance as an athlete, after declining to agree to a contract to not punish her.

Felix’s article led to Nike changing its policy on pregnant athletes. The New York Times states “Nike said it would waive performance-pay reductions for 12 months for athletes ‘who decide to have a baby,’ promising to add terms that reinforce this policy into the company’s contracts with sponsored athletes.” Felix dedication to change will surely help female athletes in the future.

Felix has now signed a new sponsorship deal with Athleta and is continuing to win gold medals.