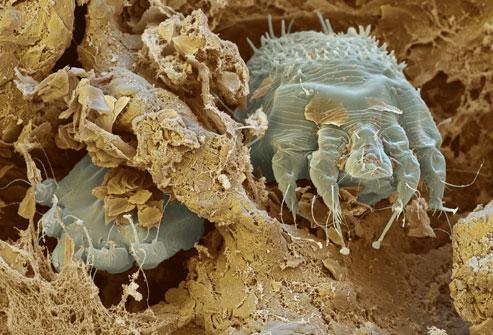 Scabies Out Break Within The Prince George’s County Fire Department

The Prince George’s County Fire Department is dealing with a Scabies outbreak.

Twenty firefighters from 13 separate fire stations have tested positive for the microscopic mites. The mites burry into the skin and cause severe itching. The mites appear to look like a crooked raised rash.

Scabies is spread by close skin to skin contact. The Prince George’s County Health Department believes it may have spread by the sheets used by the firefighters when they stay in the firehouse. Health officials also feel that is highly unlikely that any patient that was helped by a first responder caught Scabies. It is being recommended that if you feel you may have contracted it after being assisted by a firefighter to contact your physician immediately.

Chief Barksdale says this outbreak is not affecting service. Fire Chief Benjamin Barksdale, said they took quick action to stop the spread of scabies as soon as they were made aware of the mite. The issue came up last week as a result 205 firefighters were checked out.