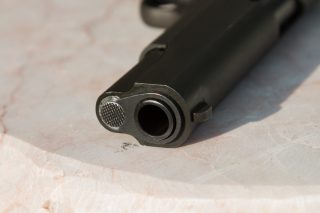 Prince George’s County Police were called to a home in the 13000 block of Buchanan Drive at 10:30 on Sunday in response to a shooting. Once there they found an 18-year-old female who had been fatally wounded in the Fort Washington home.

Investigators who have been tight-lipped about the case are only saying it’s a death investigation. Sources report that is may be a case of a tragic accident.