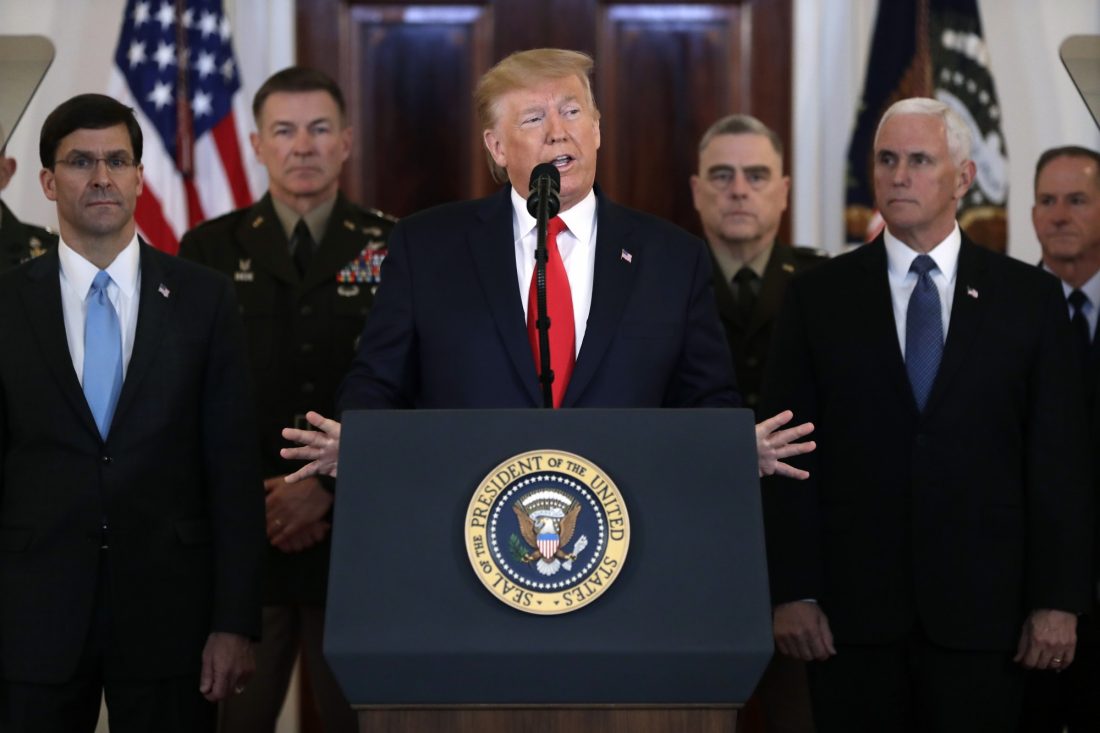 Today, rockets were fired near the U.S. embassy in Iraq. No reported injures or information on who launched the missiles. This coming a day after Iran’s missile attack against U.S. forces.
Earlier in the day, President Trump said Iran appeared to be standing down after launching more than a dozen missiles at two Iraqi military bases that host U.S. forces. Trump says the U.S. knew about a possible Iranian missile strike early on.  Trump confirmed that no Americans were hurt in the attack. The president did not threaten retaliatory strikes against Iran, but he noted the reach and strength of the U.S. military. Iran’s attacks followed the recent U.S. airstrike that killed a top Iranian military leader.