ATLANTIC CITY, N.J. (AP) — A spot on the Atlantic City Boardwalk where movie stars, athletes and rock stars used to party and a future president honed his instincts for bravado and hype has been reduced to a dusty pile of rubble. The former Trump Plaza casino was imploded Wednesday morning after falling into such disrepair that chunks of the building began peeling off and crashing to the ground. And the one-time jewel of former President Donald Trump’s casino empire is now gone, clearing the way for a prime development opportunity on the middle of the Boardwalk, where the Plaza used to market itself as “Atlantic City’s centerpiece.” 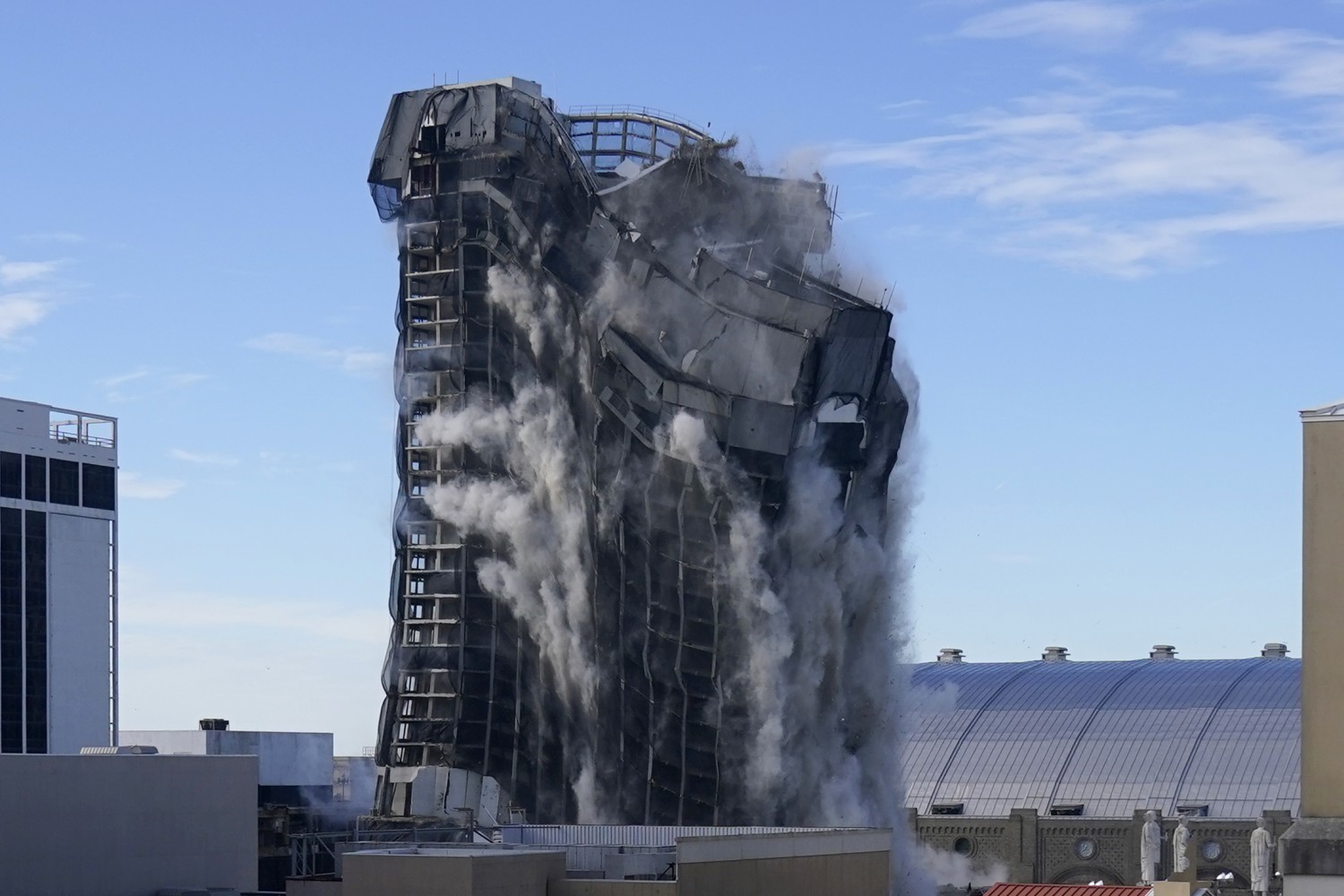