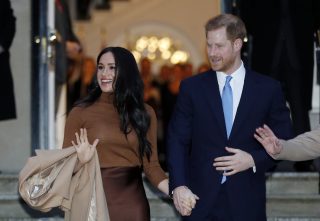 It took for him to marry his now wife, Meghan Markle to understand how to have the conversation about racism and understanding his privileges from his upbringing. He didn’t mention what incident with his wife made him come to this conclusion but he explained how it made him feel. “Unconscious bias, from my understanding, having had the upbringing and education that I had, I had no idea what it was. I had no idea that it existed. As sad as it is to say, it took me many, many years to realize it. Especially then living a day or a week in my wife’s shoes.”.

Earlier this year, Prince Harry resigned from his role in the royal family due to intense scrutiny over the years and wanting a more independent life. Now residing in California, Prince Harry finds that he wants to continue his activism by shedding light on the state of our country.

“You can’t really point fingers, especially when it comes to unconscious bias. But once you realize or you feel a little bit uncomfortable then the onus is on you to go out and educate yourself, because ignorance is no longer an excuse”. He added how important it is for anyone with privilege to understand how all people live and not just ones who look like them.