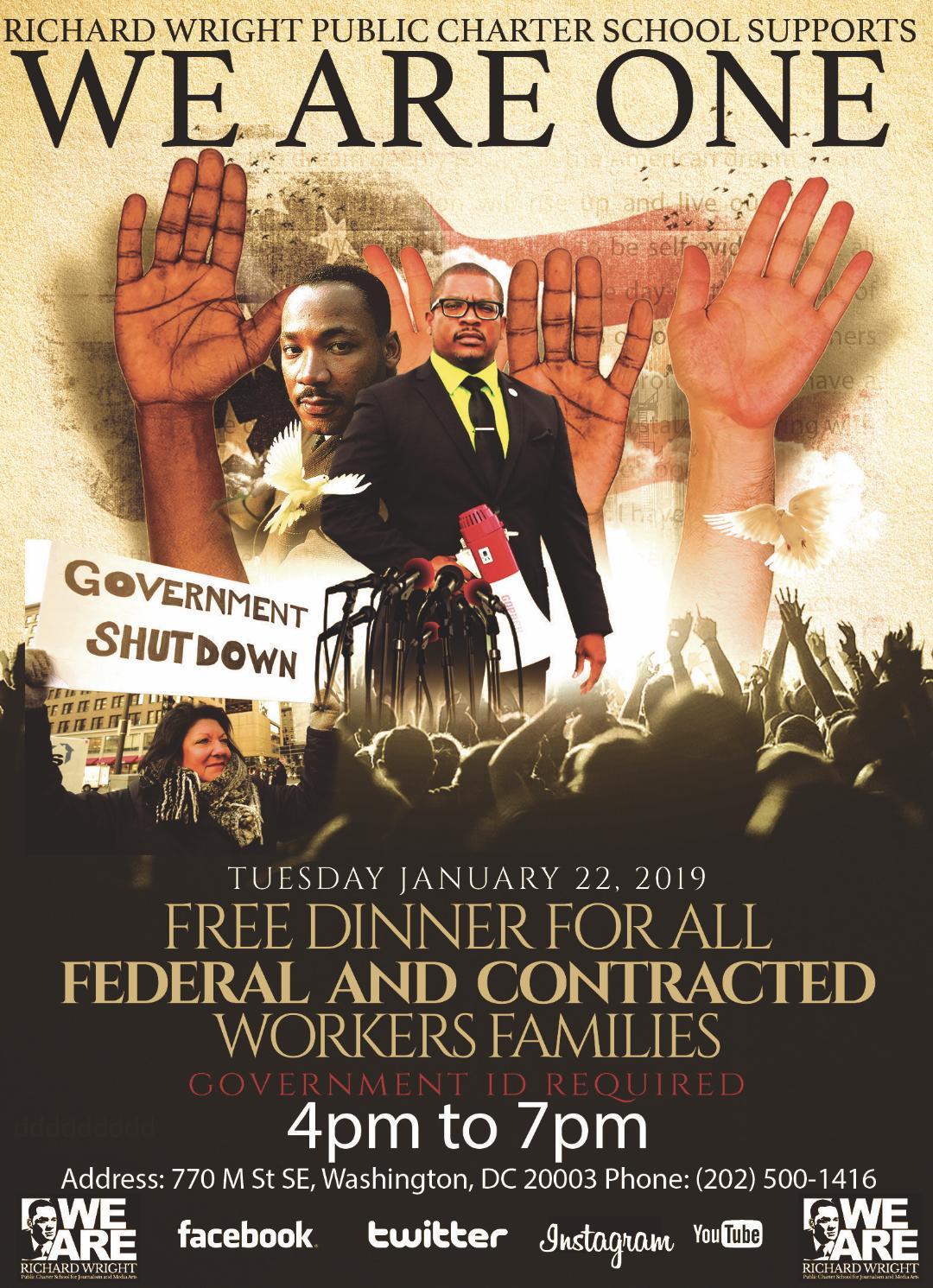 A Local DC Charter School Steps Up To Help Furloughed Workers, Chris Brown Is Detained In Paris On Rape Allegations 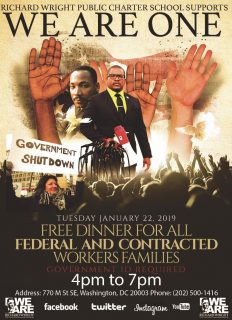 The District’s Richard Wright Public Charter School in Southeast is stepping up to help federal and contractor workers affected by the partial government shutdown.

Today from 4 pm to 7 pm at Richard Wright Public Charter School, 770 M Street, Southeast, Washington DC the school will provide a free dinner to government workers. You will need to have your government ID. Today’s event is entitled “We Are One”.

The DC City Council is looking a holding a vote today to override Mayor Muriel Bowser’s veto of a bill that would make Metro fare evasion a civil offense. As it stands now it is a criminal offense punishable by a hefty fine and jail time.

Mayor Bowser believes the change would make more people avoid paying to use Metro and it would hit Metro financially even harder than it is already. Metro says they loose almost $25 million dollars a year due to people using Metro but not paying.

The bill, which was proved 10-2 in a vote last month is called Fare Evasion Decriminalization Amendment Act of 2018. If approved violators would be given $50 tickets instead of a fine and jail time. The City Council needs nine votes to override the Mayor’s veto.

Chris Brown is detained in Paris on rape allegations… 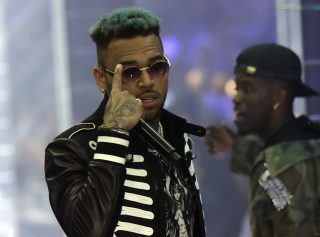 Grammy Award winning and Virginia native R&B Singer Chris Brown is back in trouble. This time it’s in Paris. French officials say they have detained Brown following allegations of rape made by a 24-year old woman. The victim claims it happened on January 15th in his hotel suite.

According to reports officials have two more days to either charge him or let him go. Brown and two others, one being his body guard are being questioned and held by police.

Brown has a history of violence. He even has one felony conviction for assaulting his then girlfriend singer Rihanna that dates back to 2009.