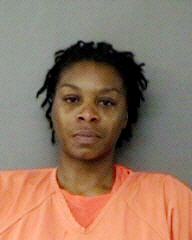 (Prairie View, TX) — Cell phone video of the 2015 arrest of a Texas black woman, who later committed suicide in her cell, is being released. The 39-second video shot by Sandra Bland shows now-fired State Trooper Brian Encinia pull his stun gun and threaten to “light you up” during the arrest in Waller County outside Houston. Encinia was angry Bland would not get out of her car and was smoking a cigarette during a traffic stop. He eventually arrested Bland on claims she assaulted him. The woman was found dead in her jail cell three days later. The Investigative Network was able to get the footage after a criminal probe into Bland’s death finished. Her family tells WFAA they believe DPS investigators withheld the footage, a claim the state denies.