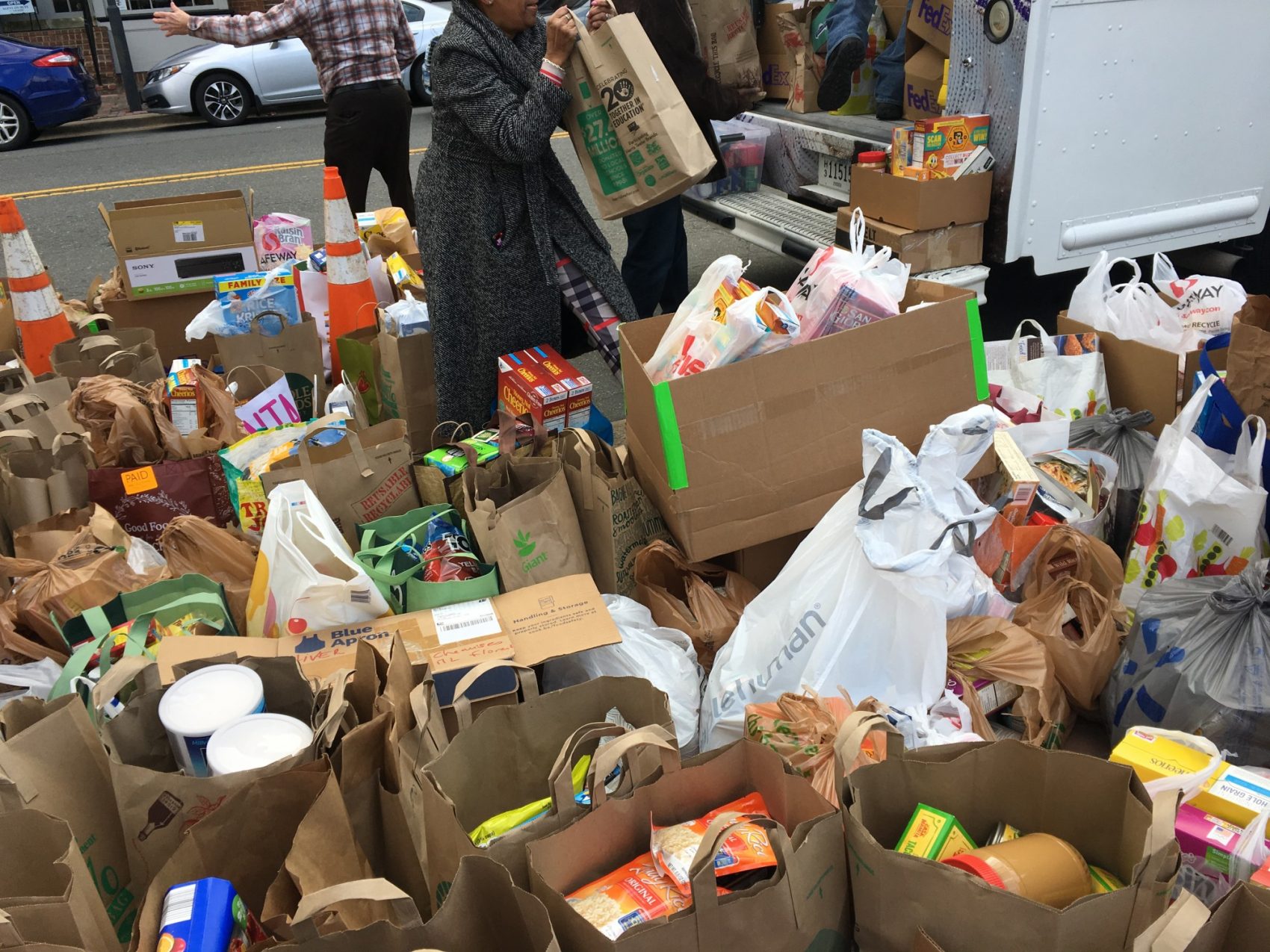 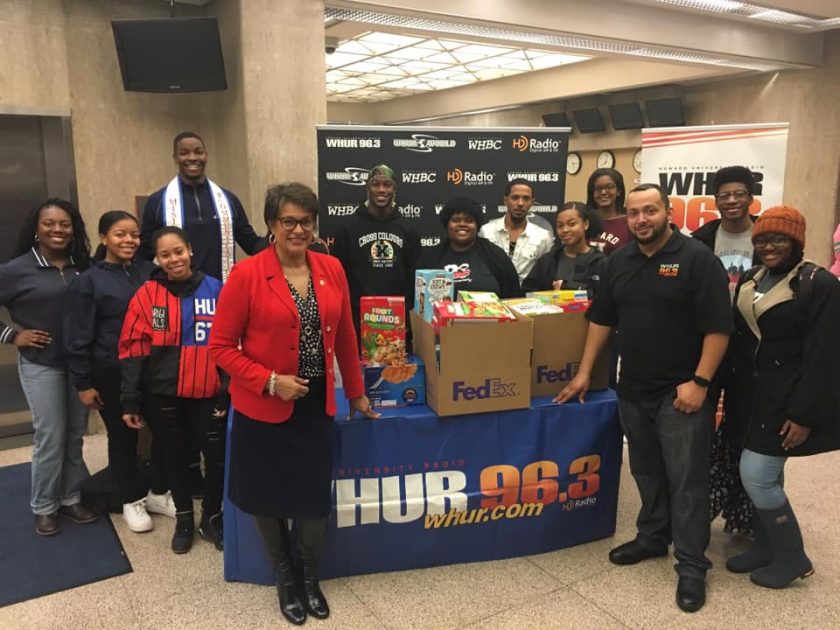 Washington, D.C. (January 25, 2019) – As stories poured in about the hardship faced by furloughed federal workers and contractors, WHUR 96.3FM, Howard University and FedEx jumped in to host a two-day “Rolling Food Drive,” collecting $54,000 and filling three FedEx trucks and two WHUR vans with 30,000lbs of food.

WHUR urged its listeners to bring non-perishable food Thursday, January 24th and Friday, January 25th to designated stops across the DMV and the response was overwhelming. “Our listeners never miss an opportunity to show their support. We are very thankful for their generosity,” said WHUR Interim General Manager Sean Plater. 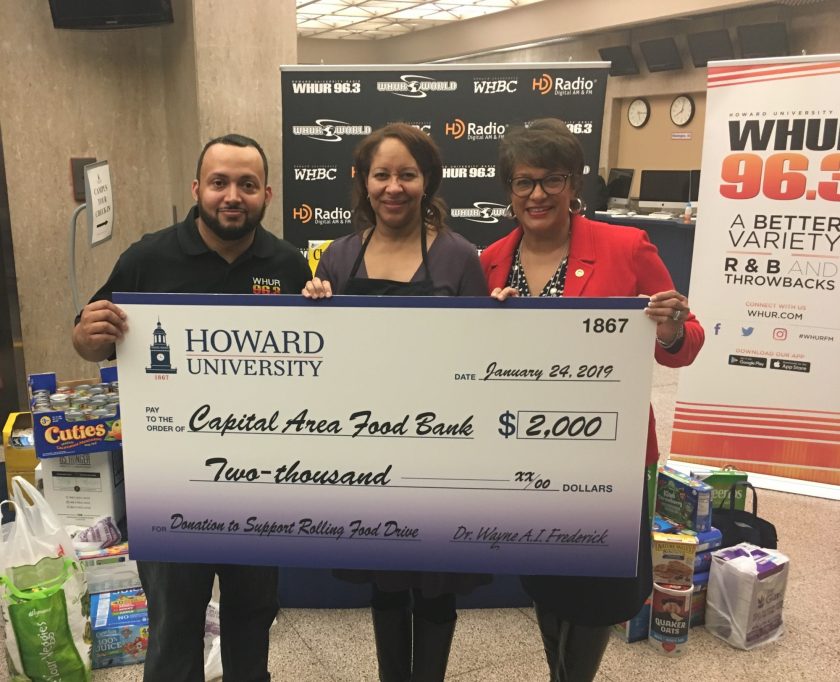 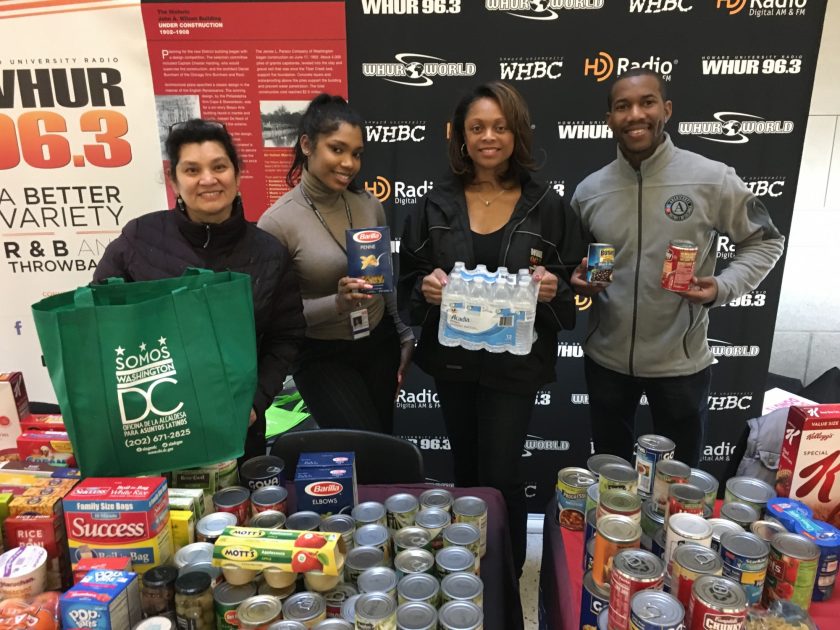 Howard students, faculty, and staff endured frigid temperatures, rain, and winds early Thursday morning to be first to pack the FedEx truck. “Howard University is rooted in service and we wanted to make sure we were part of this effort to assist our government workers in their hour of need,” said Debbi Jarvis – Senior Vice President of Corporate Relations at Howard. Jarvis also presented the Capital Area Food Bank with a $2,000 check on behalf of the University.

Over in Prince George’s County, a steady stream of elected leaders and workers helped to fill the FedEx truck beyond capacity with an assortment of non-perishable items. County Executive Angela Alsobrooks made a surprise presentation of $50,000 to the Capital Area Food Bank. “This furlough has impacted our residents disproportionately. Thank you to WHUR and its partners for hosting this food drive,” added Alsobrooks. 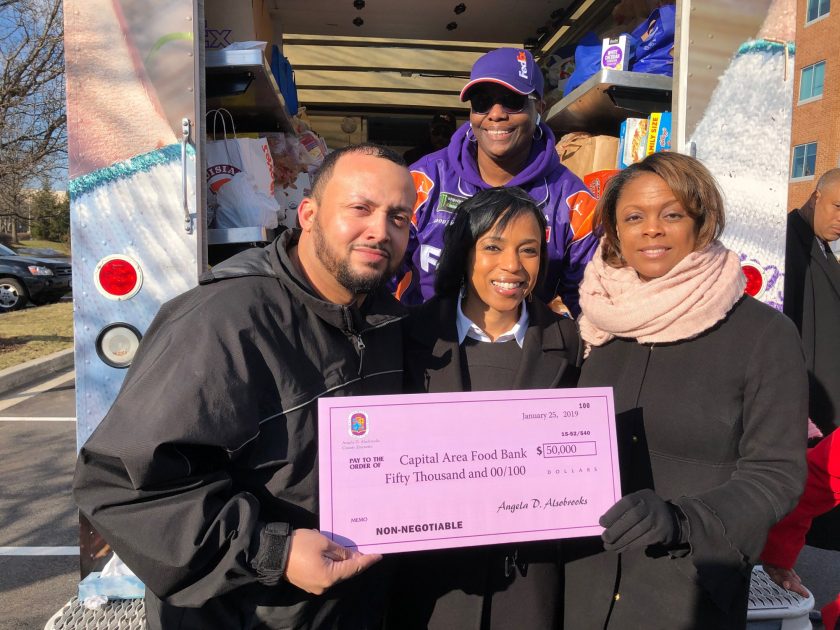 Not to be outdone by their D.C. or Prince George’s counterparts, residents of Alexandria were in place as the “Rolling Food Drive” made its final stop Friday afternoon even as News broke that the furlough was over. Bags of donations lined the front steps of City Hall. “We were in total amazement by the volume of donations,” added Plater.

All of the donations have been presented to the Capital Area Food Bank, which is the largest organization in the Washington metro area working to solve hunger and its companion problems. 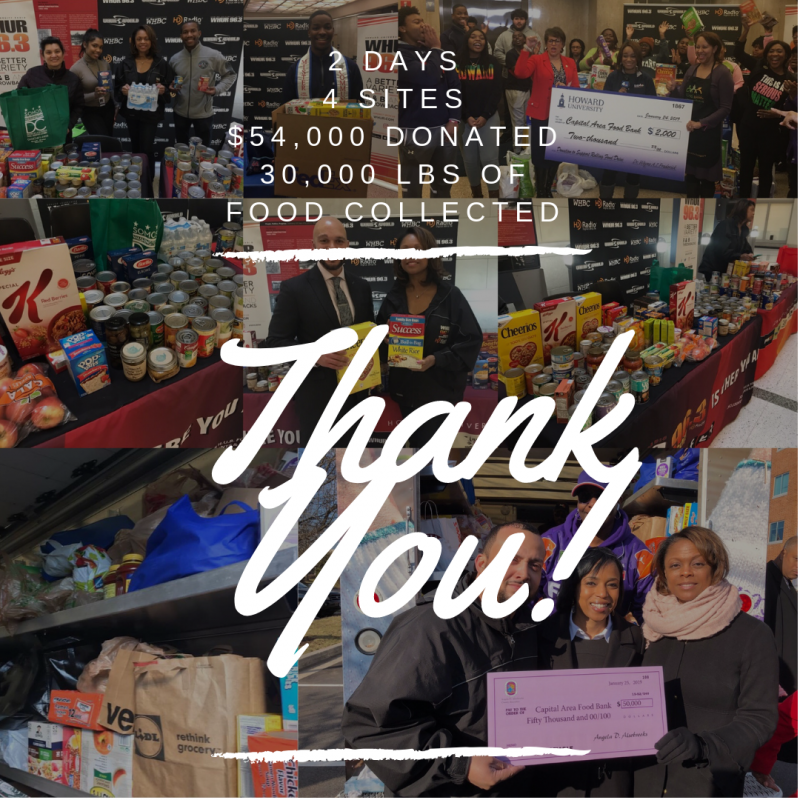