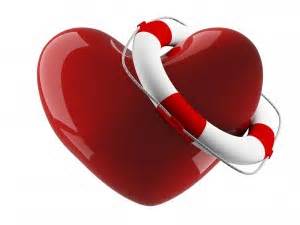 Allison & Marc in the Afternoon keep you entertained weekdays on the radio.. and you never know who will stop their Neighborhood!

This week, Rodney Taylor stopped by Allison & Marc’s Neighborhood to share “A Letter About Penny”. Check out the full audio clip below to hear about an incredible story of survival and what Rodney Taylor had to say in The Neighborhood!

“A Letter About Penny”

Given the spirit of this pandemic I would love to share this touching story with your viewers and readers about my sister Shadone “Penny” Taylor Hutchins whom went missing but was found alive days later.

The next day her loved ones made numerous calls to her cellphone throughout the day. However, around 9 p.m. it started going straight to voicemail. The family then called the Prince George’s County Police Department (PGPD) to report her missing. At 11 p.m. that night an officer came to take the missing persons report.

On Monday, May 4, after not hearing from anyone all day yesterday Penny’s sister Kay called the PGPD Station in Oxon Hill to see if the case had been assigned to an investigator. She was told to call the commander’s office in the morning.

Tuesday morning at 9 a.m. Kay contacted the commander at the Oxon Hill Station and she was asked to come in and give a statement. She arrived at 11 a.m. and gave a statement and was advised that the case would be upgraded from a missing person to a critical missing person and that Penny’s information would be on the billboards around the 495 beltway. The family sent out a missing persons flyer with Penny’s picture and vechele information on Facebook, Instagram and other social media platforms Instagram

At 3:53 p.m. that day Penny’s brother, Rodney Taylor, received the first of 27 text messages from someone stating that they had kidnapped Penny. He was told that she was sick and wanted to talk to her family but they wanted a ransom of $7000.00 to release her and not to tell anybody or contact the police or “she dies.”

Rodney forwarded the first 3 text messages to Kay and she forwarded them to PGPD Investigator Haylock. She was informed that since Rodney received text messages asking for a ransom the case was now considered a kidnapping and had to be moved to another division that works with the FBI.

PGPD Sergeant Gamadella, who works hand in hand with the FBI, called asking Kay and Rodney to come to his office ASAP and to bring the cell phone with the text messages. They arrived at his office around 5 p.m. He reiterated that the case would be handled as a kidnapping and that 3 FBI agents was en route to assist with the case.

During the meeting with Sgt. Gamadella Penny’s cell phone records were repeatedly requested by Kay and Rodney because her phone had been ringing all day Sunday up until 9 p.m. which is when it started going straight to voicemail.  Sgt. Gamadella advised that he would have to get a subpoena from the courts and that may take days to a week before he would receive the records because of the courts being closed from the pandemic.

The FBI, arrived and during our meeting the text messages kept coming asking for money, Sgt. Gamadella said normally he couldn’t do this but since since we were so persistent about her phone calls and that the case was now considered a kidnapping the FBI was involved that he could probably get the phone records immediately through the FBI and would keep us posted about the phone records and assured that he would have a search conducted to look for her vechele that night.

On Wednesday, May 6 around 9:30 a.m. Rodney spoke with Investigator Haylock whom advised that they had been searching the previous night and also informed that they received the phone records from the FBI and that Penny’s cell phone had pinged within a 5 mile radius not far from her home around Suitland Parkway near Silver Hill, the 51 Liquor store and down to the National Harbor back to Southern Ave. near the Johnny Boys Carry Out.

The family joined in to search these areas that day and night but found nothing.

Rodney was told by PGPD Sgt. Wilson that they had reached out to the United States Park Police (USPP) Sgt. Glick to assist with the search on the Suitland Parkway all Parkways and Parks are handled by the USPP.

Around 2:45 a.m. (early Thursday morning) Kay called Rodney with Sgt. Wilson on the call stating that her car had been found by USPP on the left side median down in the gully between Branch Ave. and Silver Hill Rd., and that she hit a tree and unfortunately she did not survive. He said that her body would be transported to Baltimore.

Rodney headed towards Suitland Parkway but Sgt. Wilson PGPD advised him not to go because Sgt. Glick USPP said it was a crime scene and they weren’t going to let him through. He went back home and called Kay to decide how they would notify the family. They decided to get some rest and would notify everyone around noon.

However, around 3:45 a.m. Rodney received another call from Sgt. Wilson stating that he wanted to apologize for his previous call, after the accident reconstruction unit arrived to began their investigation they saw Penny moving her shoulder and started to talk, and that it is amazing your his sister is talking and she is alive! He informed me that USPP had requested the Eagle (Helicopter) and they were going to fly Penny to MedStar in DC.

Penny had left her home on the evening of May 2 it was very little traffic and in an attempt to avoid hitting 4 deer while driving on Suitland Parkway she lost control swerved off road into a wooded area. With several injuries, being trapped and no food or water, she had been in her car for over 5 days waiting to be rescued. She has had numerous surgeries and is now recovering.