Kanye West And Kim K On The Verge Of Divorce 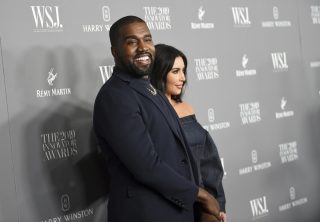 Sources revealed earlier this week that Yeezy creator, Kanye West and his superstar wife, Kim Kardashian may be filing for divorce pretty soon. The couple has only been married for six years and share four beautiful children together. Why would they separate after so long?

Rumors has it that Kanye is completely done with the Kardashian Klan. Other rumors tried to pin Kanye on Jeffree Star, saying the two were having relations but Jeffree denied those rumors. A Tiktok star, who is responsible for starting the trend of licking toilets, started this rumor and loves to be problematic.

“I’m single and I’m not sleeping with anyone. I like very tall men. Me and Kanye have never hung out and this whole thing is really funny. How did we even get to this moment? How would that even be made up? Because we both live in the same state?”.

The couple had a rocky 2020, from more of Kanye ranting to airing out their family issues via Twitter. He called Kris Jenner, Kim’s mother Kris Jong-Un while shading his wife’s Playboy magazine spread. Kim had yet to file for divorce but sources say that she is trying to stay positive for the sake of the children. We will update the site with more details as they come.