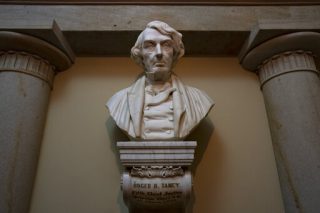 We are reliving history as rioters enter Capitol Hill this evening during the certification of President-elect Joe Biden. Is Trump directly responsible?

Mitt Romney, a Republican Senate, condemned President Trump stating he is responsible for the violent activity that occured tonight as he went on live TV calling the rioting supporters “very special”. A woman who was shot during the de-escalation of the riot has died in the hospital.

Rioters entered Capitol Hill and lawmakers are concerned that there wasn’t a display of force over the Capitol like there should have been. Texas Democratic Representative Vincente Gonzalez gave a statement expressing his concern. “I could feel the tension in the air so thick that I took my tie and pin off and tried to walk to the House offices, like an average Joe”. People stormed the Capitol, broke windows and caused a national security threat.

Congress is continuing to recount votes and finish the job as things have subsided and people have dispersed. During the riot they were asked to move to a safe location and not to disclose their locations. We will update the site with more details.