A Donor Who Gave $2.5 Million To A Pro-Trump Group Wants His Money Back After Election Results 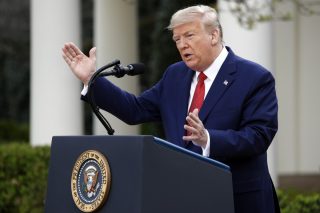 Looks like President Trump isn’t the only one disappointed in the 2020 election results. A donor gave $2.5 million dollars to a pro-trump group, True The Vote Inc. two days after Election Day. Now, the donor is suing the organization for fraud after the election results showed Donald Trump’s defeat.

When he donated the money, no winner had been announced yet. He first gave $2 million and then another $500,000 a week later, when sources already projected that Biden would win the race. He says he is extremely disappointed in the group’s effort and confused on how True The Vote is actually using the money. In his complaint he said he was “consistently met with vague responses and empty promises of follow-up that never occured”. He is suing for breach of contract and conversion, which is linked to the misuse of someone else’s property.

The group did offer the donor $1 million dollars back back as long as he didn’t continue to sue the group. In his complaint he stated that the group promised to launch lawsuits in swing states, gather whistleblower complaints and conduct sophisticated data modeling and statistical analysis to identify fraudulent balloting. After the election, True The Vote announced that they were dropping lawsuits in various states like Pennsylvania and Wisconsin. The group has yet to update the donor on the status of the other lawsuits or their plans moving forward. We will update the article with more details as they come.