Governor Calls For Baltimore Mayor To Step Down 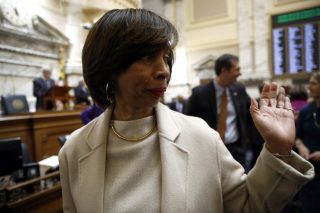 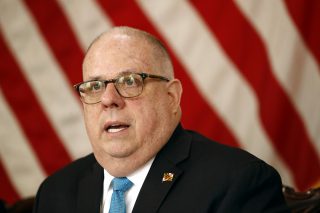 Claiming she is not fit to lead, Maryland’s governor wants the leader of the state’s largest city to resign.  This morning, federal agents executed search warrants at Baltimore Mayor Catherine Pugh’s City Hall office, her lawyer’s office, the home of one of her top aides and the mayor’s two homes.  This comes as Pugh is under investigation regarding conflicts with the sales of her “Healthy Holly” children’s books. Pugh reportedly had lucrative book deals with companies that did businesses with the city. She has been on a paid sick leave since April 1st. Shortly after today’s raids, Governor Larry Hogan Hogan tweeted that “now more than ever, Baltimore needs strong and responsible leadership, and Mayor Pugh has lost the public trust.”  He added that Pugh is “clearly not fit to lead and must step down for the good of the city. ”