Mueller Report To Be Released Thursday 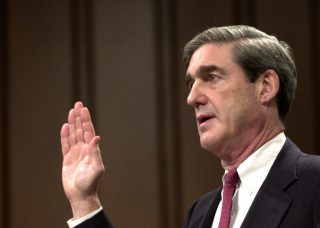 The Mueller Report will be released Thursday. But it will be a redacted version, with sensitive information blacked out by the Justice Department. Democrats in Congress say they still want the full, unredacted 400-plus page report released to them. The redacted version will be made available to the public.  When Attorney General William Barr received Mueller’s report late last month, he sent Congress a four page summary of findings. Barr said Mueller did not find evidence of conspiracy or collusion between Russia and the Trump campaign. He also noted that Mueller did not exonerate the President on obstruction of justice. Barr announced that the Justice Department would not continue the investigation of possible obstruction. Trump has argued that he is totally vindicated in the final report, though he has also stressed that he has not seen it.