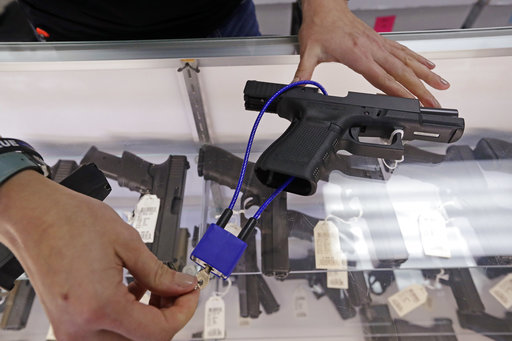 Police are still on the lookout for four armed and dangerous suspects who robbed a Rockville gun shop. Authorities say the men broke into the United Gun Shop off Randolph Road yesterday morning. In the thieves escape, their SUV rammed into a police cruiser. Police shot into the car. The SUV was found a few blocks away with one of the men dead inside and four others on the run.  Police are investigating whether the Rockville break-in is connected to the robbery of a Howard County gun store earlier this week.