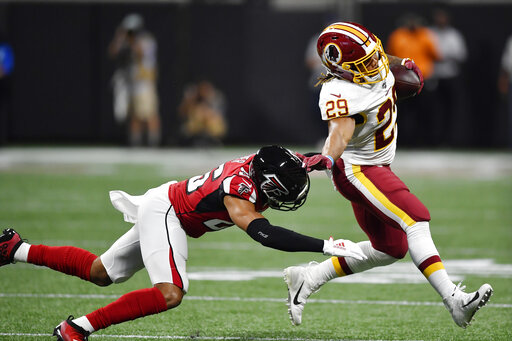 The Skins got their first victory of the preseason with a 19-7 win over the Atlanta Falcons. But the team may have lost tight end Jordan Reed for a while. Reed suffered a concussion in last nights game. Running back Derrius Guice saw action for the first time since missing is rookie season after tearing up his knee in last year’s preseason opener.  The Burgundy and Gold’s final preseason contest is next Thursday against the Ravens at FedEx Field.