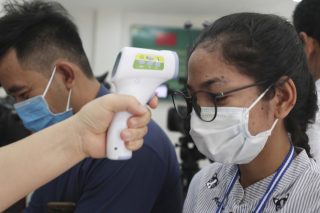 This week, many states in the U.S ordered new lockdown restrictions as cases spike to over 1 million as of yesterday. The government promises a vaccine is on the way, but until then, people are still rebelling against the pandemic rules.

California issued a new stay-at-home order today which appears a bit harsher than the first lockdown requirements. The order will be in place until January 4th stating that people must stay at home and minimize contact with those outside of their household. Outdoor dining, playgrounds, campgrounds and all other recreational areas are closed until further notice. The mayor says its time to “hunker down”. Chicago follows with a new stay-at-home order issued this week, stating they need to slow the spread of the virus and are restricting residents to only leave home for essential activities.

Philadelphia follows the other cities with a stay-at-home order as well as New York. They say public schools will stay open but only for now. If the positive testing rate goes over 3 percent, they will be forced to close the country’s largest public school system and resume remote learning.

It looks like the Thanksgiving holiday may have cause a surge in the case numbers as majority of the Northeastern states were hit the hardest with hospitalization numbers rising tremendously. City officials are hoping the numbers don’t match the initial pandemic numbers back in March. Moderna, a huge drug company has been testing a vaccine and says it is 94.5% effective at preventing the illness. We are hoping the nation does not have to shut down again like the beginning! We will update the site with more information.