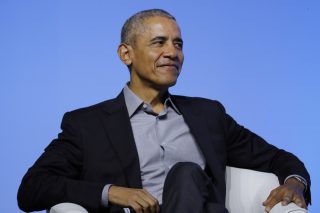 A Breakfast Club Interview premiered today that featured our 44th President Barack Obama. President Obama recently released a memoir called A Promised Land that features much about his life, but more importantly the issues that critics placed on our former president.

One of the hardest conversations during his presidency was that he didn’t do much for Black people. Being that Obama is a Black man, many people feel as though all hope was lost at the end of his term. “I understand it because when I got elected, there was so much excitement and hope. And I also think we generally viewed the presidency as almost like a monarchy In the sense of ‘once the President is there he can just do whatever he needs to get done and if he’s not doing it then it must be because he didn’t want to”.

What many don’t understand is that the Senate has to approve a lot of the decisions the president makes. Without approval, none of the president’s plans can follow through. He started by stating that he cut the Black unemployment rate in half, which President Trump took a lot of credit for. He also appointed a significant amount of Black judges to the federal bench. He noted that three million African Americans received healthcare that didn’t have it before, a decline in the incarceration rate and a drop in the black poverty level. He also issued the 2010 Fair Sentencing Act which is a massive criminal justice reform.

He said an important quote after Charlamagne asked for more specifics. “The truth is at the end of the day, there is no way in eight years to make up for 200 years”. That is a fact! The interview can be seen on YouTube via The Breakfast Club.