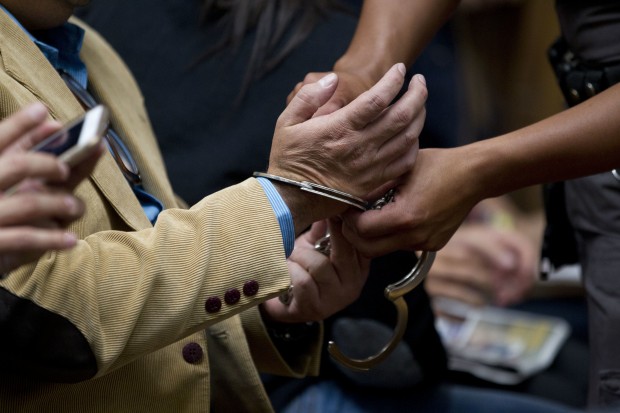 The U.S Can Jail You For Refusing Coronavirus Vaccine

Although it isn’t currently available, the forthcoming coronavirus vaccine could potentially land you in jail or face a hefty fine if you refuse to take it. Dating back to a law initially enacted in 1905, the United States has the full authority to place anyone in jail or fine them for refusing the vaccine.

ABC10News reports, during an interview with Dov Fox, a law professor and the Director of the Center for Health Law Policy and Bioethics at the University of San Diego, explained just how much power the U.S. has in regard to forcing citizens to take a vaccine or accept the consequences. “States can compel vaccinations in more or less intrusive ways. They can limit access to schools or services or jobs if people don’t get vaccinated. They could force them to pay a fine or even lock them up in jail.”

The legal precedent came about in 1905. Citing the landmark U.S. Supreme Court case, Jacobson v. Massachusetts—in which the court ruled Massachusetts had the authority to fine people who refused vaccinations for smallpox. That historic case formed the legal basis for vaccine requirements at schools, and has been upheld in subsequent decisions today. “Courts have found that when medical necessity requires it, the public health outweighs the individual rights and liberties at stake,” Fox said.

There is doubt about whether Congress could enact a federal requirement seeing as to how the mandatory masks have stirred up protests and unrest throughout the country.