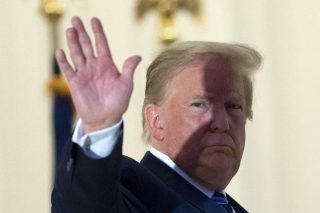 Mr. Donald Trump has been pulling his desperate card since the announcement of Joe Biden winning the Presidential race occured. Trump was caught on tape trying to steal the election from GOP official in the state of Georgia. He claims on a phone call that those votes will overturn Biden’s win of Georgia state. The audio from the phone call was obtained by various sources and released. Now, Trump is under fire for abusing his power once again.

All of this comes as news as Trump is planning to entice protests in D.C to disrupt the election certification which may result in violence and other unnecessary issues. The phone conversation is no surprise but to many, it reveals the plans Trump had before the election decision was made. “I want to find 11.780 votes, which is one more than we have because we won the state”. He probes the GOP to agree with his false claims of illegal votes and out of state voters.

The country has recounted, audited and legally confirmed Biden has completely won the Presidential election, but Trump won’t let up. This phone call showcases another example of corrupt power and abuse of presidential power. We will update the site as this story continues.