Capitol Riot Suspect Gets Permission From Court To Vacation In Mexico 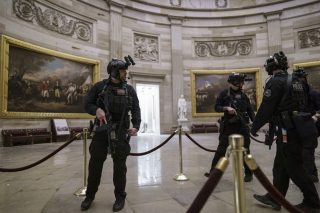 You read the title correct! A woman accused of being a participant in the latest riot at the Capitol asked the federal judge to leave the country for a vacation in Mexico at the end of this month. Surprisingly, the judge granted her wishes!

Her name is Jenny Louise Cudd and she claims the trip is a work related trip that was already planned for bonding with other employees. But, she is being charged with several misdemeanors including disorderly conduct and entering a federal building without permission. Luckily, this was a first offense for Miss Jenny as her records show she has never been convicted of anything else.

She is currently on pretrial but the magistrate approved her request for travel restrictions to be lifted! Crazy how this unfolded after police found footage of her in the riot on social media and she claims she was there legally and didn’t do anything to hurt anyone or destroy property.