Kim And Kanye Officially Done And No Longer Speaking 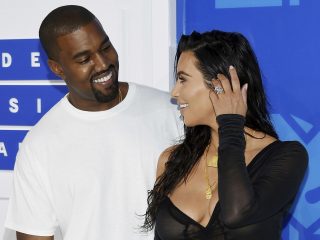 Previously, we shared a story stating the West clan decided it was best to call it quits.

Kim Kardashian-West and her husband Kanye West revealed through sources that they would be divorcing and thought it was best for the family. Kim had all of her finances ready to be split so it was a fair deal for everyone. But, she hasn’t filed and hasn’t made any hints of doing so in the coming weeks!

Now, a close source reveals the two are no longer speaking and Kanye has moved out of the home. “She is trying to stay strong and move on with her life” says a person inside the Kardashian group. They also say she is still working out the logistics of the divorce which is what’s causing the delay.

Kanye on other hand, says he doesn’t care what Kim’s priorities are when it comes to this divorce. Sources say, that Kanye is going to file before she’s ready if he has to. He wants the divorce just as much as Kim.

What a heartbreaking way to start the year. We wish both parties the best.