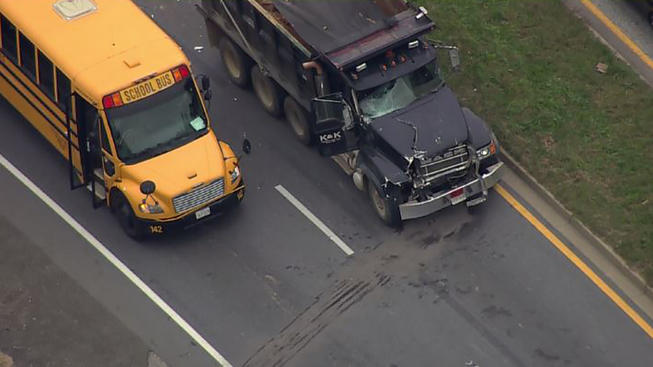 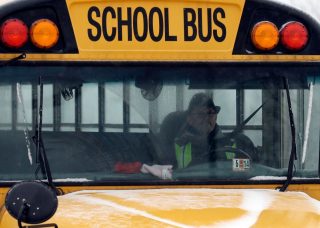 One person has died and 6 others were injured in a 6:30 a.m. crash in Clinton, Maryland. The unidentified victim was a female. Police say the school bus was going Southbound on Branch Avenue near Surratts Road when the collision happened. Other vehicles were involved.

The dump truck which flipped on its side ended up on top of a blue car. The female in that vehicle is the one fatality. EMS officials say that person will have to be extracted. The bus driver and two students were taken to the hospital with non life threatening injures. Two other refused medical attention. The school bus was in route to Charles H. Flowers High School. No information about the victim’s identities have been released.