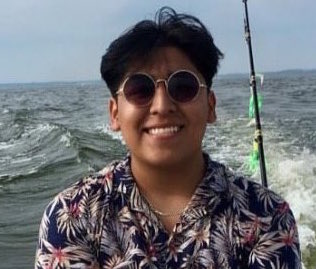 The Bureau of Alcohol, Tobacco, Firearms, and Explosives is now getting involved in the cold case involving a Morgan State University Tuesday murdered last month. The agency is offering a 5,000 dollar reward for information on the two gunmen.

Baltimore City Police believe the male suspects are in their teens or early twenties. Officials say on July 11th, 19-year-old Manuel Luis was walking to his vehicle around 2:30 a.m. Reportedly two men yelled at him to stop. Luis continued and got into his vehicle. The suspects then walked up to him in his car and opened fire killing him. The two fled on foot.

Investigators say witnesses say that before the shooting of Luis the men were walking along Loch Raven Boulevard. Special Agent in charge Rob Cekada, say they need to catch the two suspects because of their apparent blatant disregard for life and their quick decision to shoot. He said they pose a clear danger to the city and its citizens.

Luis is from Prince George’s County. He was on his way home to see his parents in Hyattsville. The family has created a GoFuneMe page to help cover funeral expenses and to create a memorial fund. Anyone with information about this senseless killing is encouraged to call 888-ATF-TIPS.