By a vote of 57 to 43, the United States Senate has voted to acquit former President Donald John Trump during the second impeachment trial.  Seven Republicans voted  guilty with all 50 Democrats.

The vote will give the former president an historic second acquittal in an impeachment trial. 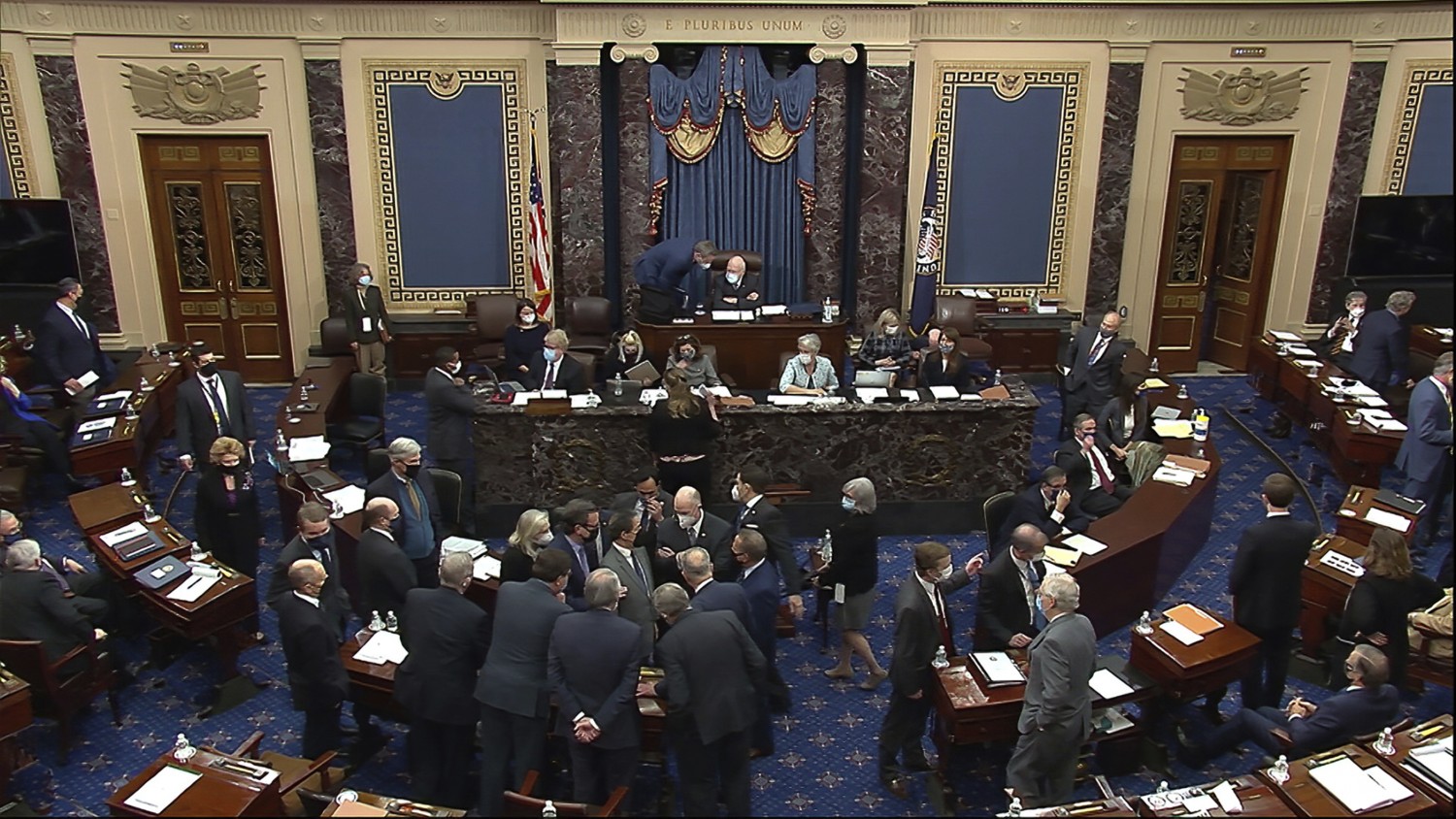 House Democrats, who voted a month ago to charge Trump with “incitement of insurrection,” needed two thirds of the Senate, or 67 votes, to convict him.

The Democrats argued in the short trial that Trump caused the violent attack by repeating for months the false claims that the election was stolen from him, and then telling his supporters gathered near the White House that morning to “fight like hell” to overturn his defeat. Five people died when they then laid siege to the Capitol.

Trump’s lawyers argued that the rioters acted on their own accord and that he was protected by freedom of speech, an argument that resonated with most Republicans. They said the case was brought on by Democrats’ “hatred” of Trump.