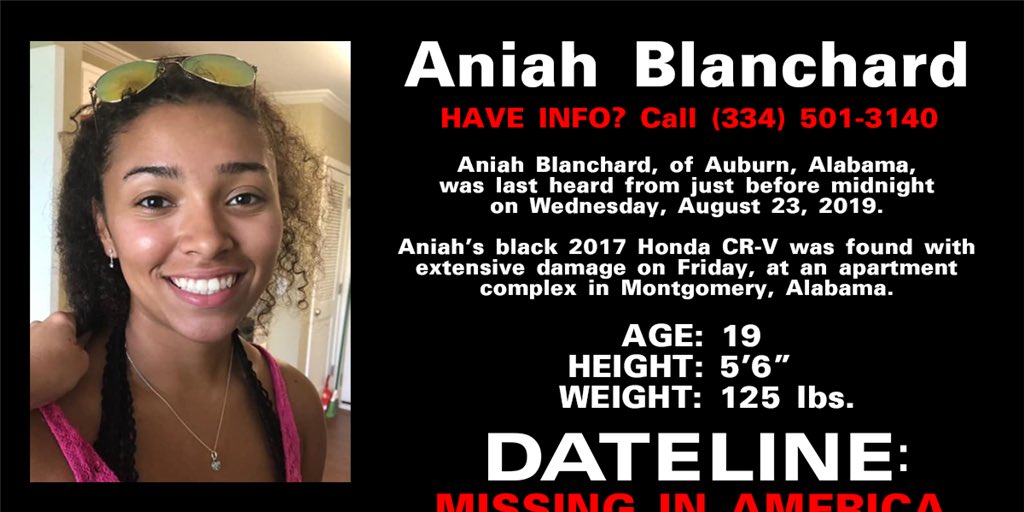 Foul Play Suspected In Missing Stepdaughter Of A UFC Fighter

Police in Auburn, Alabama feel missing 19-year-old Aniah Blanchard was the victim of foul play and that she was harmed.

The Southern Union college student who is the stepdaughter of Ultimate Fighting Championship heavyweight Walt Harris was last seen on October 23.

Police found her black badly damaged 2017 Honda CR-V two days after she was reported missing. It was found in an apartment complex in Montgomery, an hour or so from Auburn where she was last seen.

The state Department of Forensic Sciences which is assisting, in this case, has determined that she was hurt in some way and that she was the victim of foul play. Investigators say there was damage to the right fender and scrapes on the passenger side door.

Her stepfather Walter Harris is offering a $25,000.00 reward for information on her whereabouts. This morning UFC President Dana White has also announced an additional reward of $25,000.00 for information that leads to an arrest and conviction of those involved. The Governor of Alabama Kay Ivey has offered up a $5,000 reward in the case.