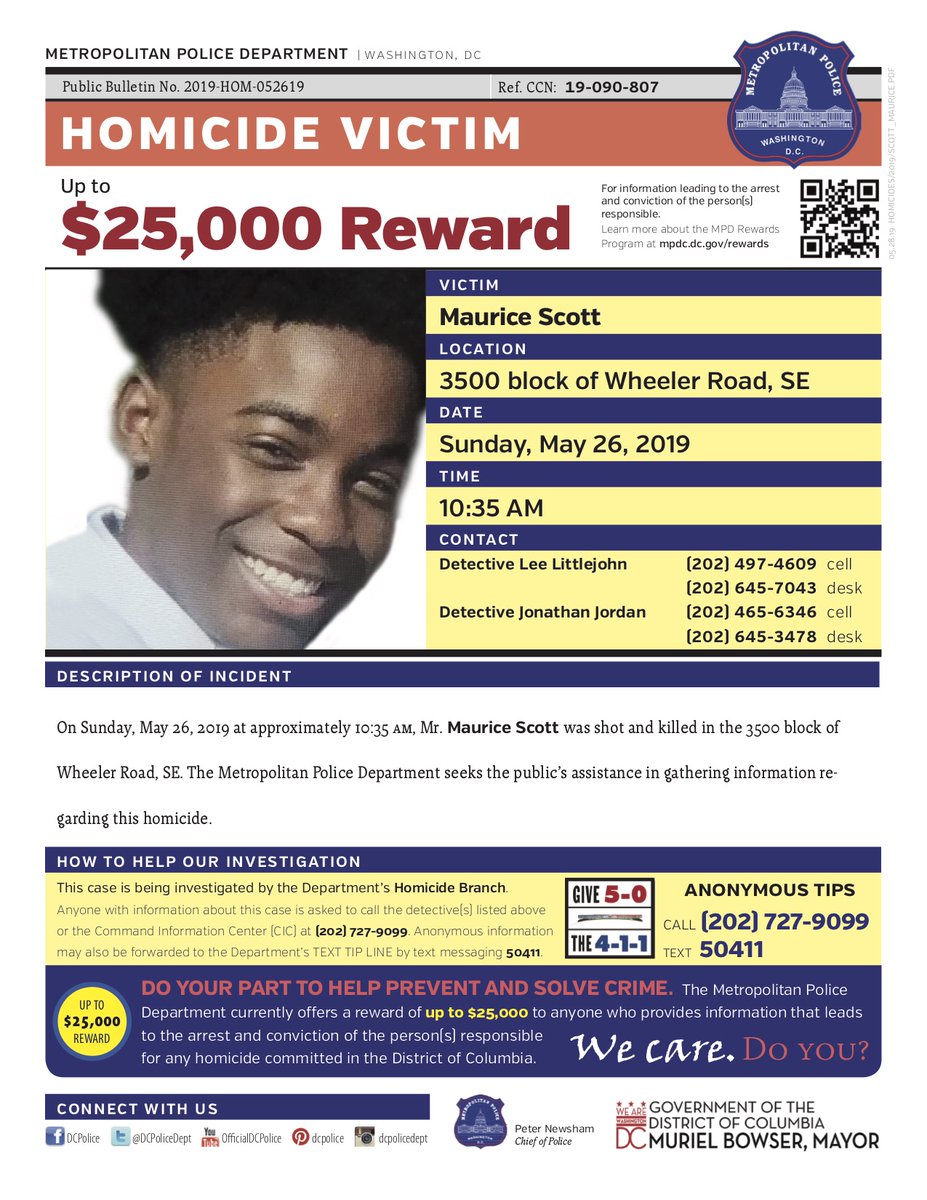 Reward For Information In The Killing of DC Honor Student

DC city leaders are asking for help in finding the suspect who gunned down 15-year-old Maurice Scott. Mayor Muriel Bowser said a 25-thousand dollar reward is being offered to anyone who can help solve the case.  Scott was shot and killed on the morning of May 26th outside a commercial strip in the 35-hundred block of Wheeler Road, Southeast. Two women and a girl were also wounded in the shooting. DC Police Chief Peter Newsham said  today that Scott was not the intended target. Scott was a freshman at the Somerset Prep school. Police are reminding anyone with information on the incident that they can remain anonymous.  Bowser is asking anyone with any information on Scott’s murder to come forward.