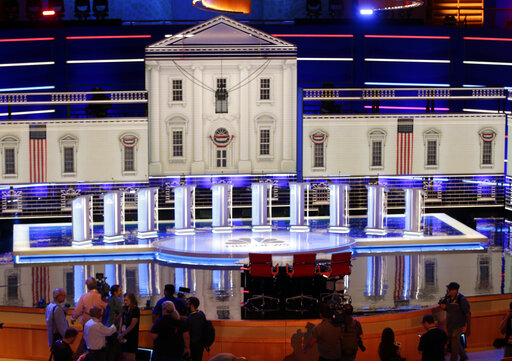 Democrats To Debate Tonight In Miami

The presidential debate season begins tonight. Ten Democratic candidates will take the stage in Miami. Because she has the highest poll numbers among tonight’s candidates, Elizabeth Warren gets the middle podium. Former Maryland congressman John Delaney among those who will be behind a candidate’s podium.  Tomorrow night, another ten Democratic presidential hopefuls take the debate stage.