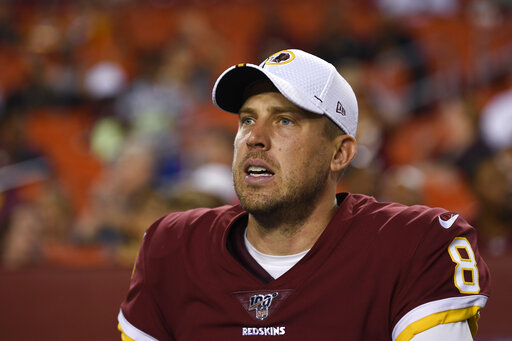 Keenum Gets The Starting Nod

The Burgundy & Gold have decided that Case Keenum, not first-round pick Dwayne Haskins, will be their starting quarterback Week 1 in Philadelphia. Keenum had an eye-opening and efficient season as the Vikings’ starter in 2017 but followed it up with a mediocre campaign last year with the Broncos. Skins  veteran quarterback Colt McCoy is still battling a lingering leg injury from last season.