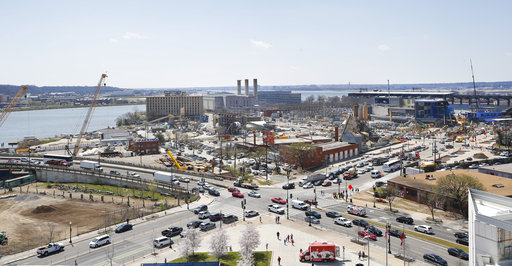 Why was a bridge inspector stabbed to death while on the Frederick Douglass Memorial Bridge yesterday evening? That’s what DC police are trying to determine today.
Police say Lance Ammons, of no fixed address, was arrested and charged with the murder of  62-year-old Robert Bolich of Alexandria.  The stabbing happened on the walkway of the bridge during rush hour.  Police say the suspect was not a bridge worker.  Robert Bolich was a inspection supervisor for HNTB Corporation, a company working on the re-design of the Douglass Bridge.