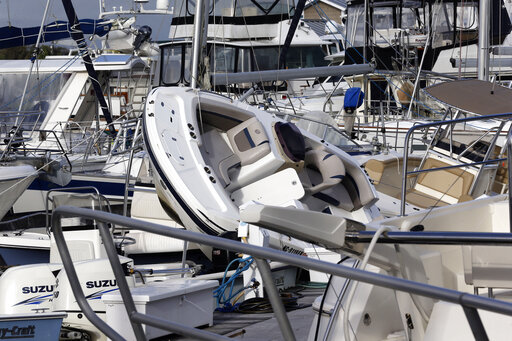 Tropical storm Isaias did not hit the DMV as hard as expected.  Still it packed a deadly punch. A woman in Mechanicsville killed when a tree fell on her car.

Isaias turned into a tornado in North Carolina, killing two people there in a trailer park.  One person was killed in New York City when struck by a fallen tree.  Three-million people are without power along the eastern seaboard.

Power outages in the DMV region, along with flooding.  Reports of tornadoes touching down in Southern MD with many fallen trees.  St. Mary’s county hit hard with reports of as much as 9 inches of water in some areas.  A coastal flood warning is in effect in our region until 3 a.m. tomorrow.  The National Weather service says “The unprotected area on the Southwest Waterfront at the DC Seafood Market is expected to flood.”