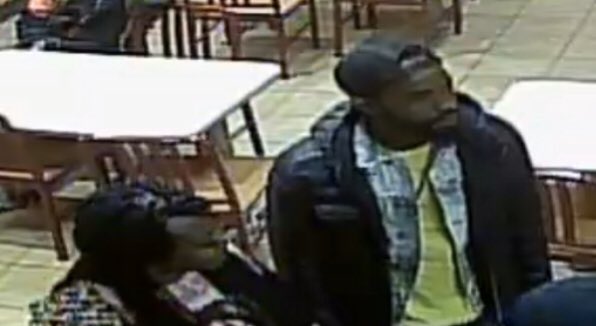 We are learning more about this week’s fatal stabbing outside of a Popeye’s restaurant in Oxon Hill. Prince George’s County Police have now released a picture of the suspect in question.

The video surveillance image also shows a picture of a woman he was with. Police are trying to identify her as well. Click here to see the police departments press conference on the search for a killer.https://twitter.com/PGPDNews/status/1191810003814010883

Investigators have also released the name of the victim. He was 28-year old Keven Tyrell Davis of Oxon Hill. Detectives say on the stores’ surveillance camera you can see Davis jumping the line several times before he made it to the front of the line. Once there a man approached him and an argument ensued. The man followed the victim to the door and as soon as Davis walked out he was stabbed multiple times. Davis who was rushed to the hospital died 51 minutes later. Last night a vigil was held for him outside of where his body was found.